An island of bad luck in the Philippines is...

Is it legal to murder boaters? Do sharks take off legs? How not to step on a sea urchin and which nation is the most intelligent?

Once upon a time, while sunbathing on the beaches of the Philippines island of Panglao, a man thought – what is that piece of land that can be seen on the horizon?

Google map said that it was the island of Balikasag, and showed a beautiful picture. Like this one: 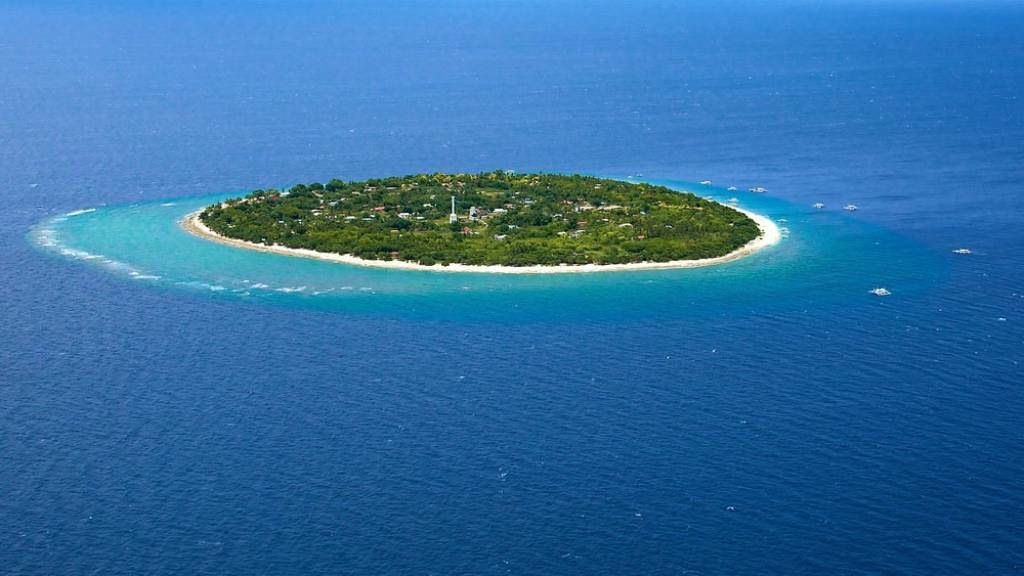 Yes, and by the way, the distance to it is just 8 kilometers. And here the man thought:

– Beautiful place… I wish I could see it closer. How could I get there?

The man was not very smart so he decided to swim. And not by boat, like normal people and Philippines do, but by waving his hands and legs, freestyle so to say.

But given that his mother forbade him to walk in the ocean alone, he decided to ask the local guys on the boat to accompany him, which he repeatedly regretted.

Happy Philippines first had a heartily laugh at the strange man, but when they heard this was his mother’s request, and the man would pay a double rate for that, they were touched and agreed to help and swim along. The man smiled and thought to himself: “How responsive and intelligent these Philippines are.” And the Philippines thought: “What an idiot!”

They shook their hands and went to the starting point. 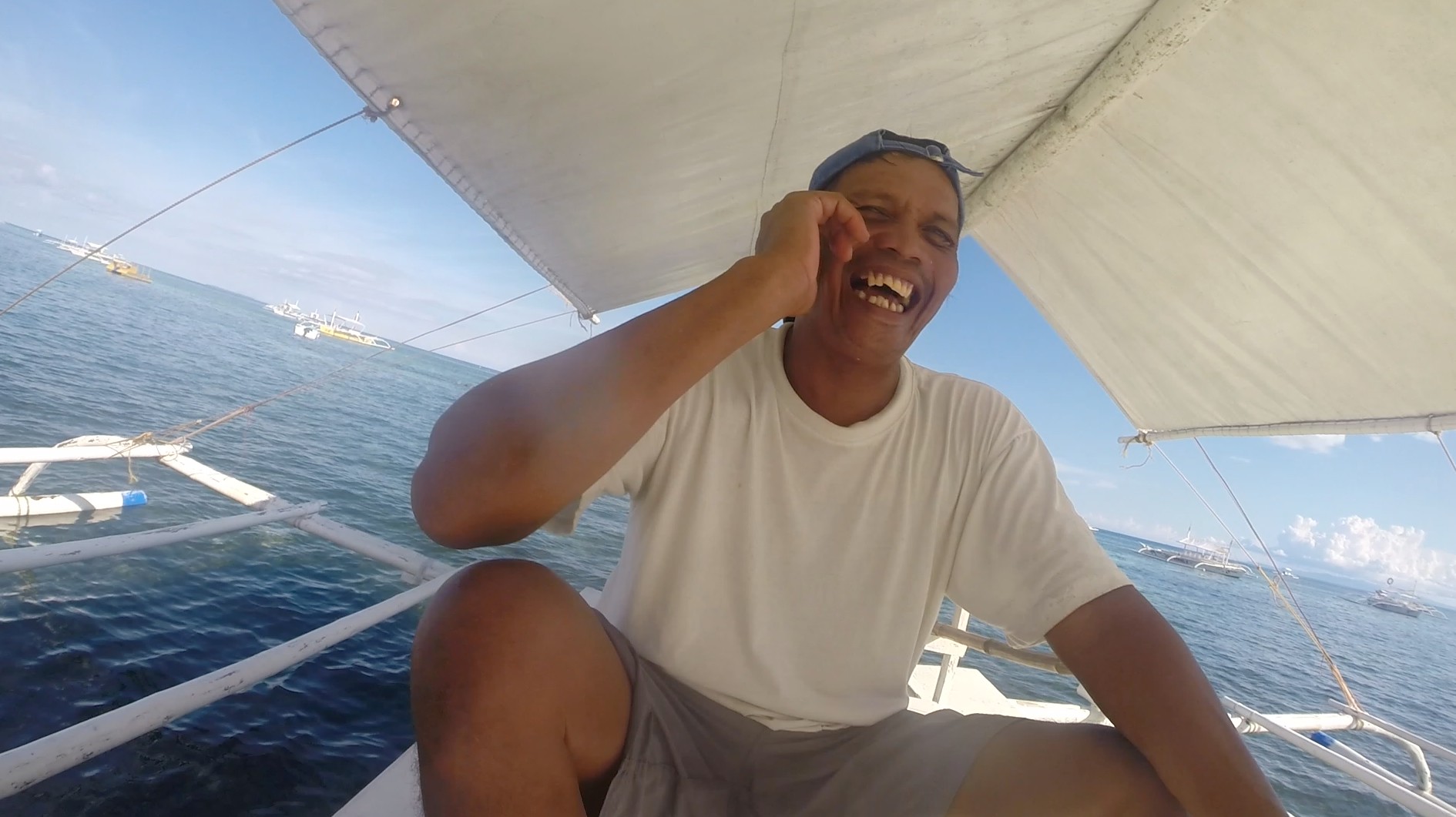 Truth be told, the boat immediately sailed towards the promised land, probably out of habit, therefore the man had to repeat 4 times in a bad English that they should sail to the start first, not the finish. The Philippine made a serious face, frowned, nodded, and continued to sail in the wrong direction. Turning to body language and elevated tones, the man still managed to bring the boat to the starting point. 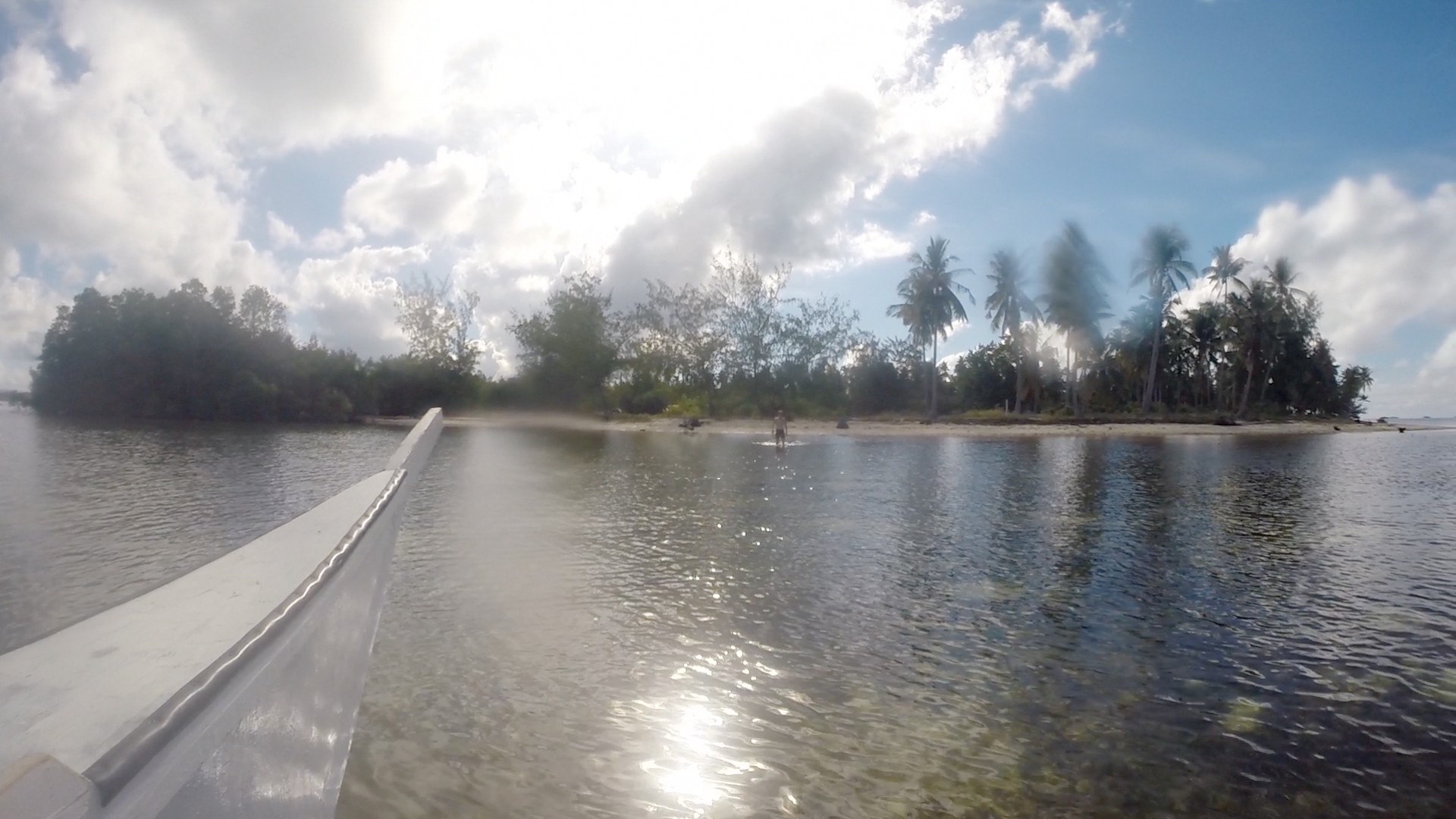 He went to the beach, asked the guys to sail nearby and went into the water. The water was shallow for a long time. He walked like 10 minutes before the water got to his waist.

– Finally! – the man thought and swam.

What he saw under the water, shocked him. Every square meter of the sea bottom was covered with families of sea urchins, curiously observing the swimmer. Chances to walk barefooted on this sea bottom and not pierce your feet, were zero… 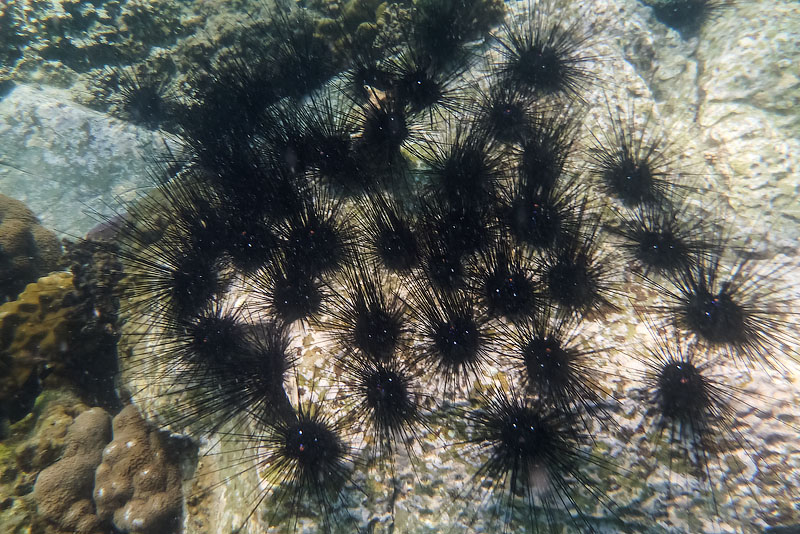 – Why didn’t the boatman warn me about this danger? – thought the man. And then, in the mind of the man, the motive of a song started to sound, and did not leave him till the end of the swim…

The depth was only 70-80 cm and seaweed rose from bottom to the surface creating the impression he was swimming in mangroves. 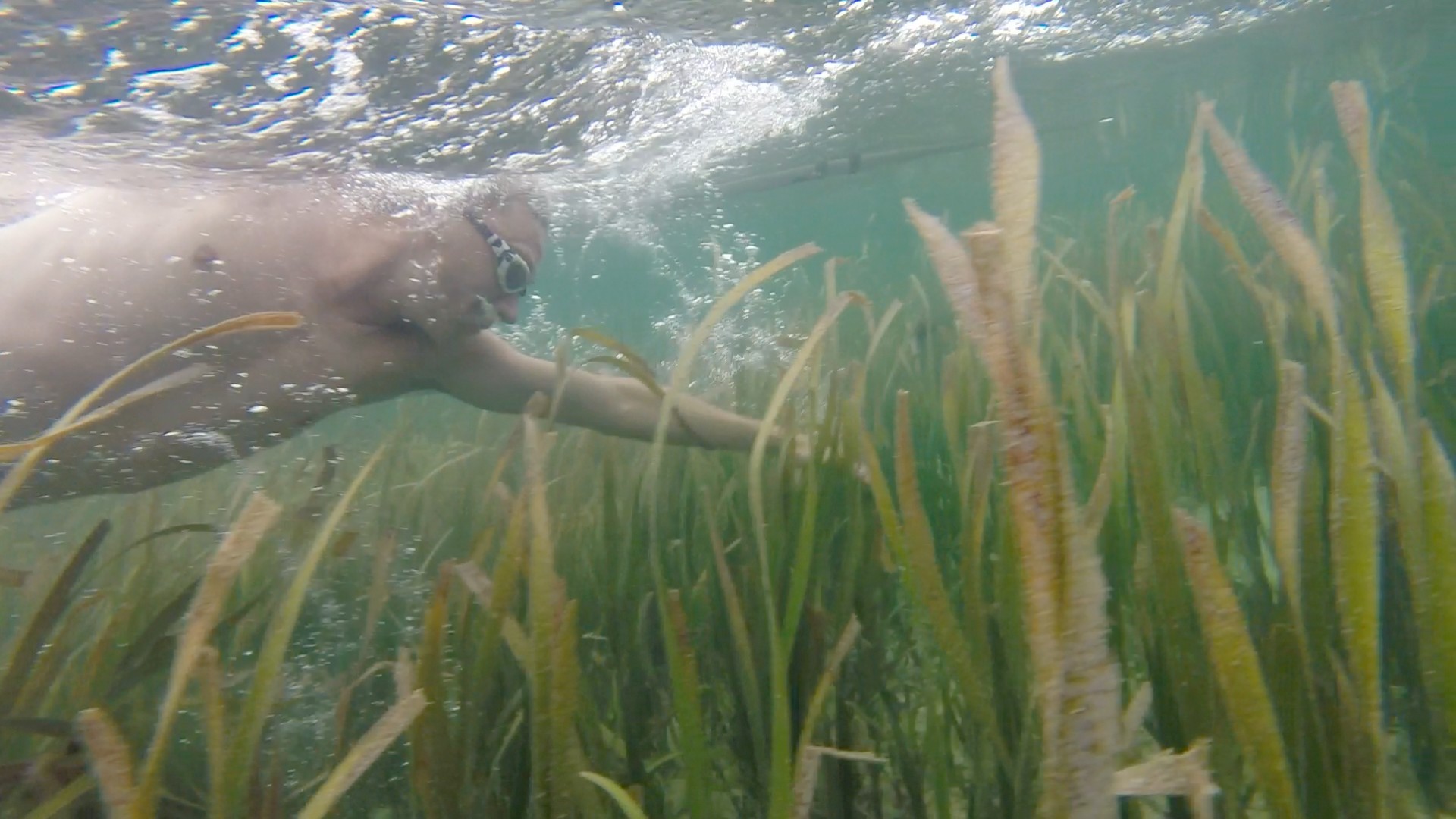 Sometimes, the man even bent his arms to avoid scratching the bottom of the ocean. After half an hour of such crawling through the jungle, the man couldn’t handle it anymore, stood on his feet, and politely asked the Philippine boatman to take him where it was deeper, because his arms scratched by algae itched terribly.

– No problem – happily answered the boatman and turned on the engine. They changed course and sailed. 5 minutes later it got deeper indeed. The deeper and deeper. 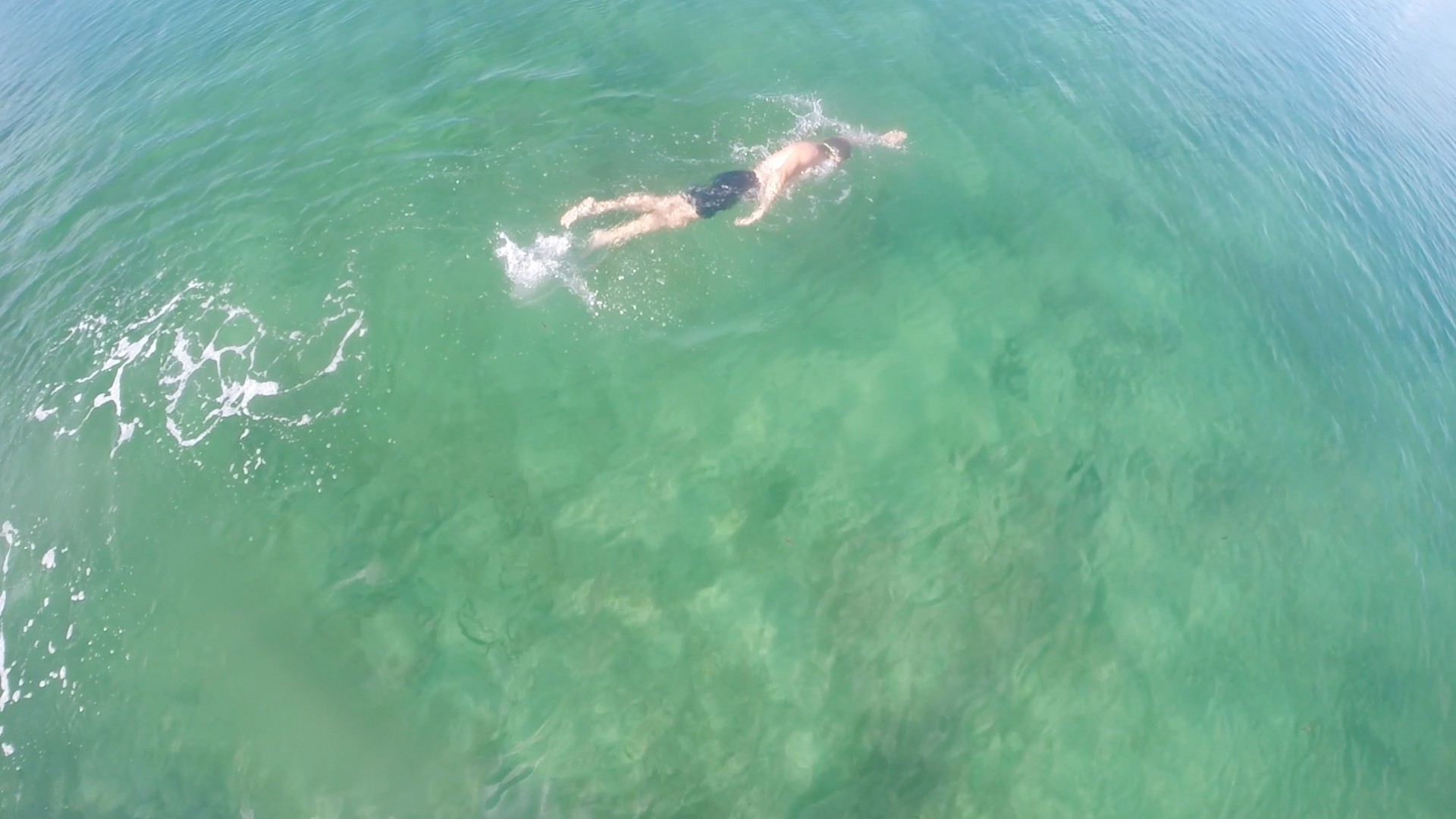 Perfect! 40 minutes passed by. The man was swimming after the boat, methodically working with his arms and legs and thinking about good things.

At one point he got curious how close to the promised island was he, and he paused to look… 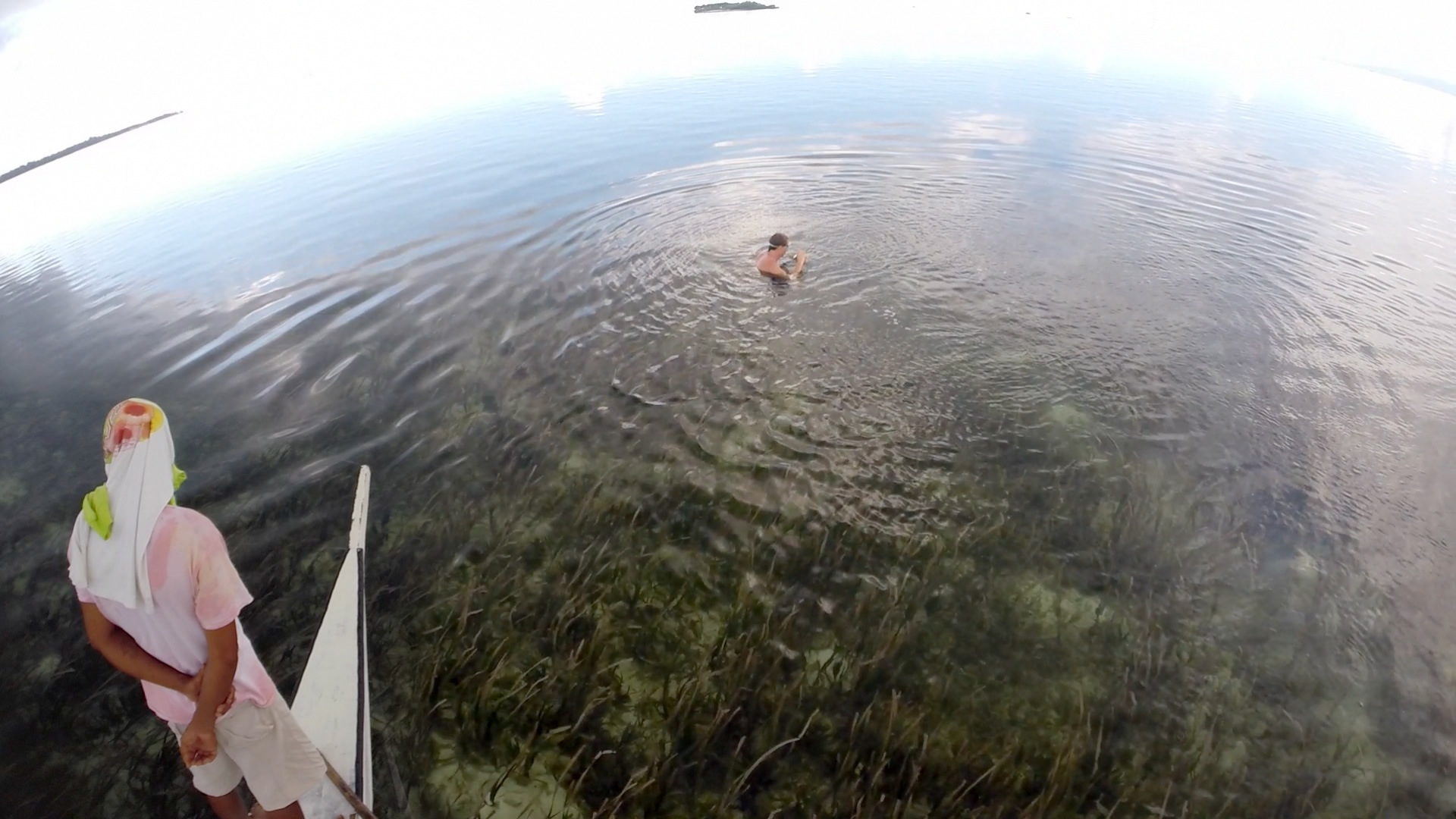 What he saw, left him in anaphylactic shock…

Clenching his fists and slightly blushing, the man asked the Philippine:

– My dear, why are we swimming in the direction opposite from the island?

– You wanted yellow – here is not yellow (shallow – a Philippine adverb) One day, sitting in a Philippine café, one man asked for black tea.

– Unfortunately, we don’t have black tea – bitterly told the waitress – but we have yellow tea.

Five minutes later, the waitress brought a cup of boiling water and a yellow bag of Lipton Yellow label tea. Black tea in a yellow bag. No comment.

– OK, let’s then sail DIRECTLY to the island – barely restraining himself and clenching his teeth said the man. And the haunting tune turned to his head.

– Not impossible, sir – said the boatman smiling broadly – Plant, engine kaput! (seaweed could wound around the propeller and the engine would break)… 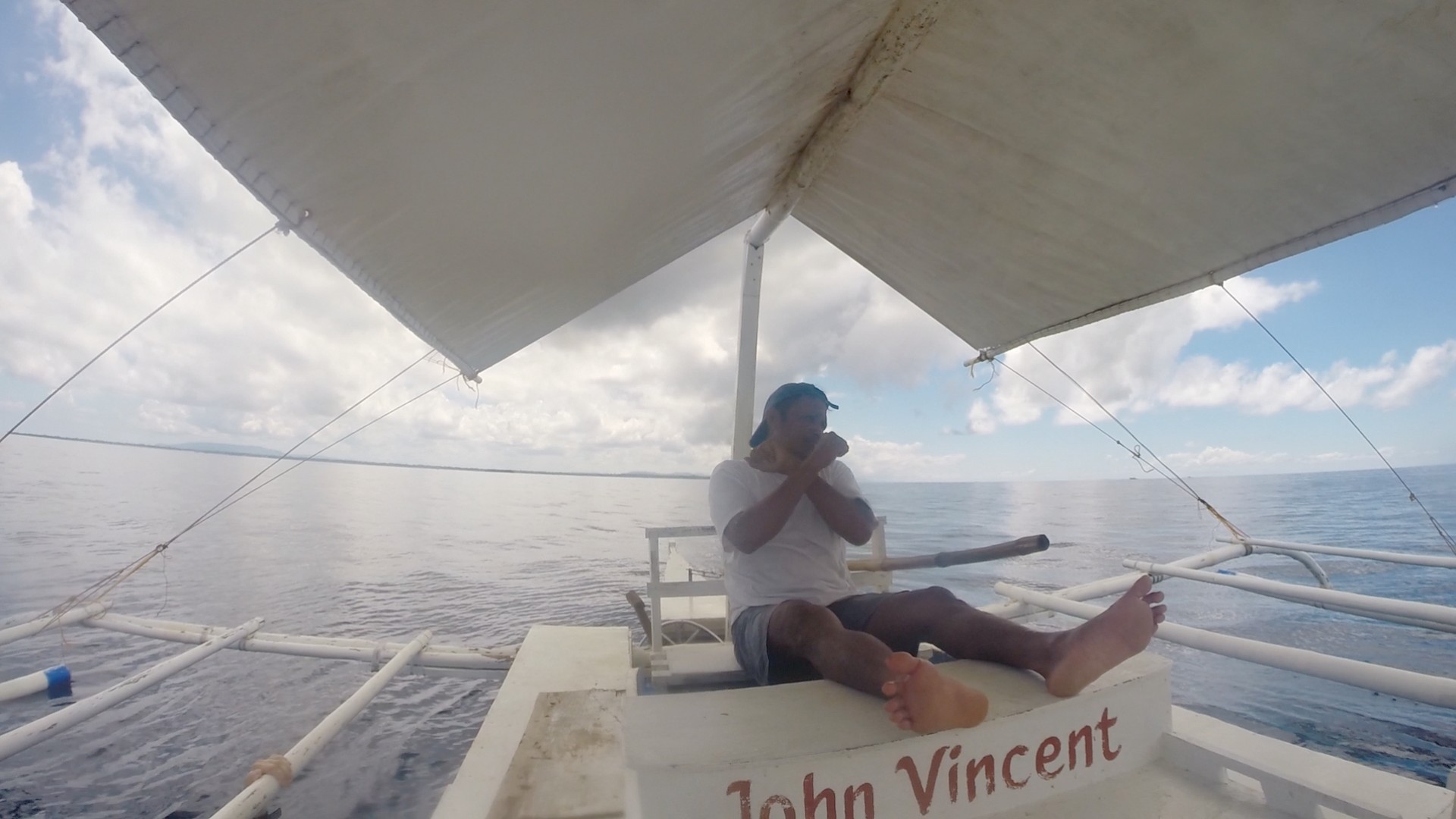 The man dropped his arms helplessly, resigning to the logic of the Philippine boatman… And they swam to bypass, towards where the boat could pass and the man could “swim”. Along the way, a small Philippine typhoon covered them, shortly twisting the clouds in the sky and pouring rain water on them. 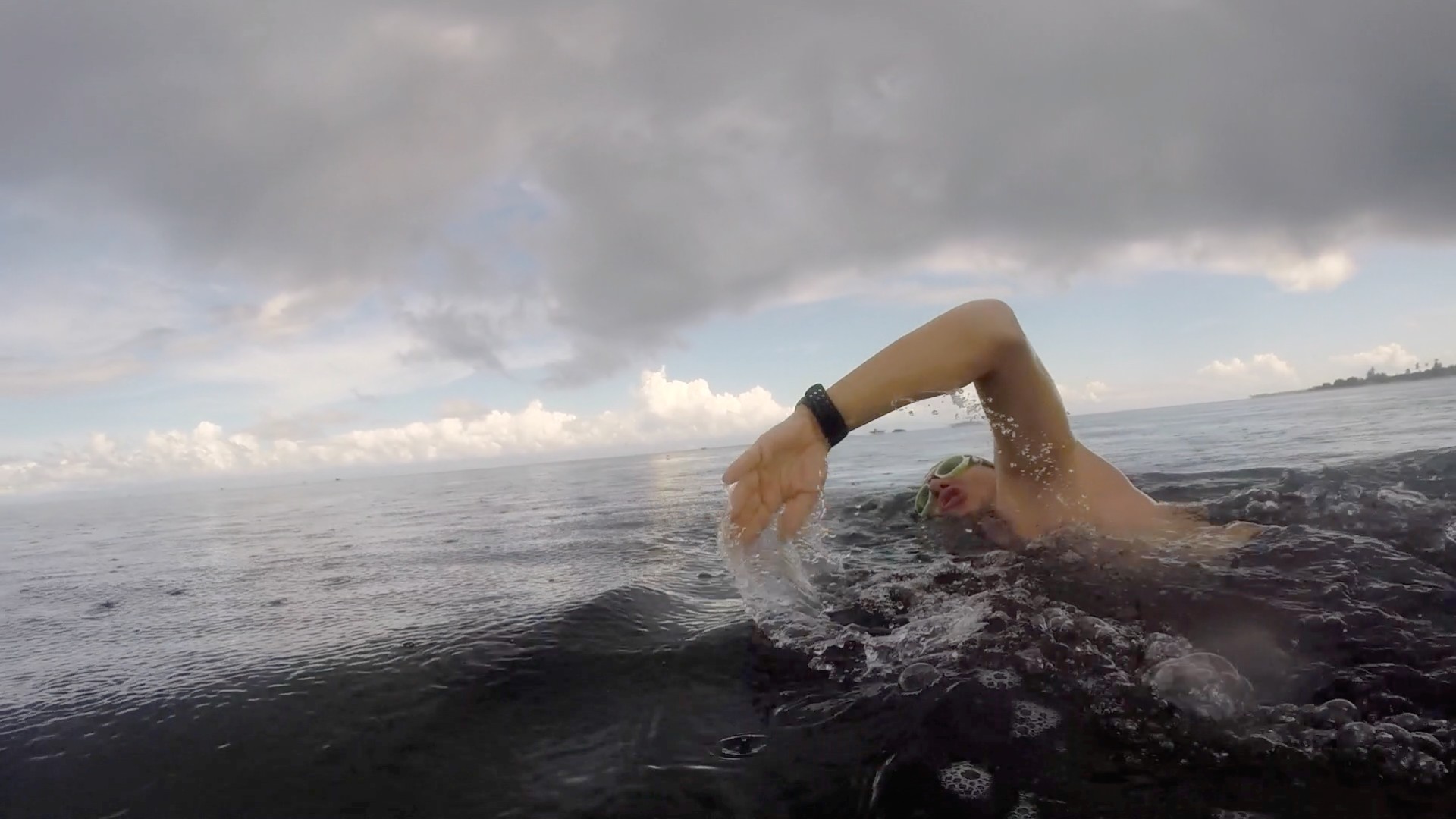 After a detour of 2 km, they finally found themselves on the border of the coral reef, beyond which the blue abyss lay. 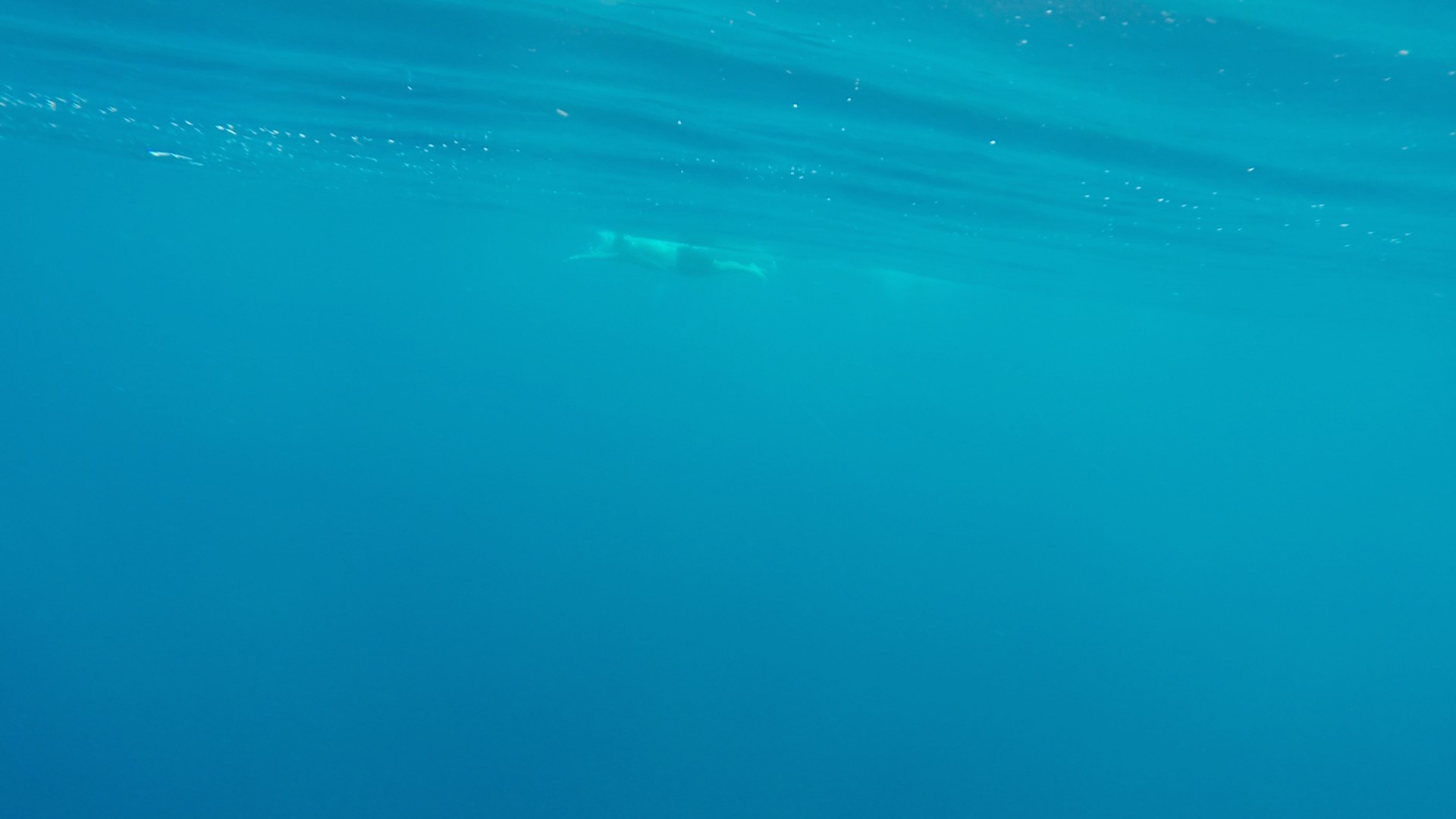 The man was happy – the island was half way, no seaweed, the weather was beautiful, full load of energy – just swim and be happy! But it wasn’t meant to happen.

The Philippine’s eyes filled with terror, he threw his hands in the air and ominously told the man:

– Sir, you cannot swim further, it is too deep and there are sharks! 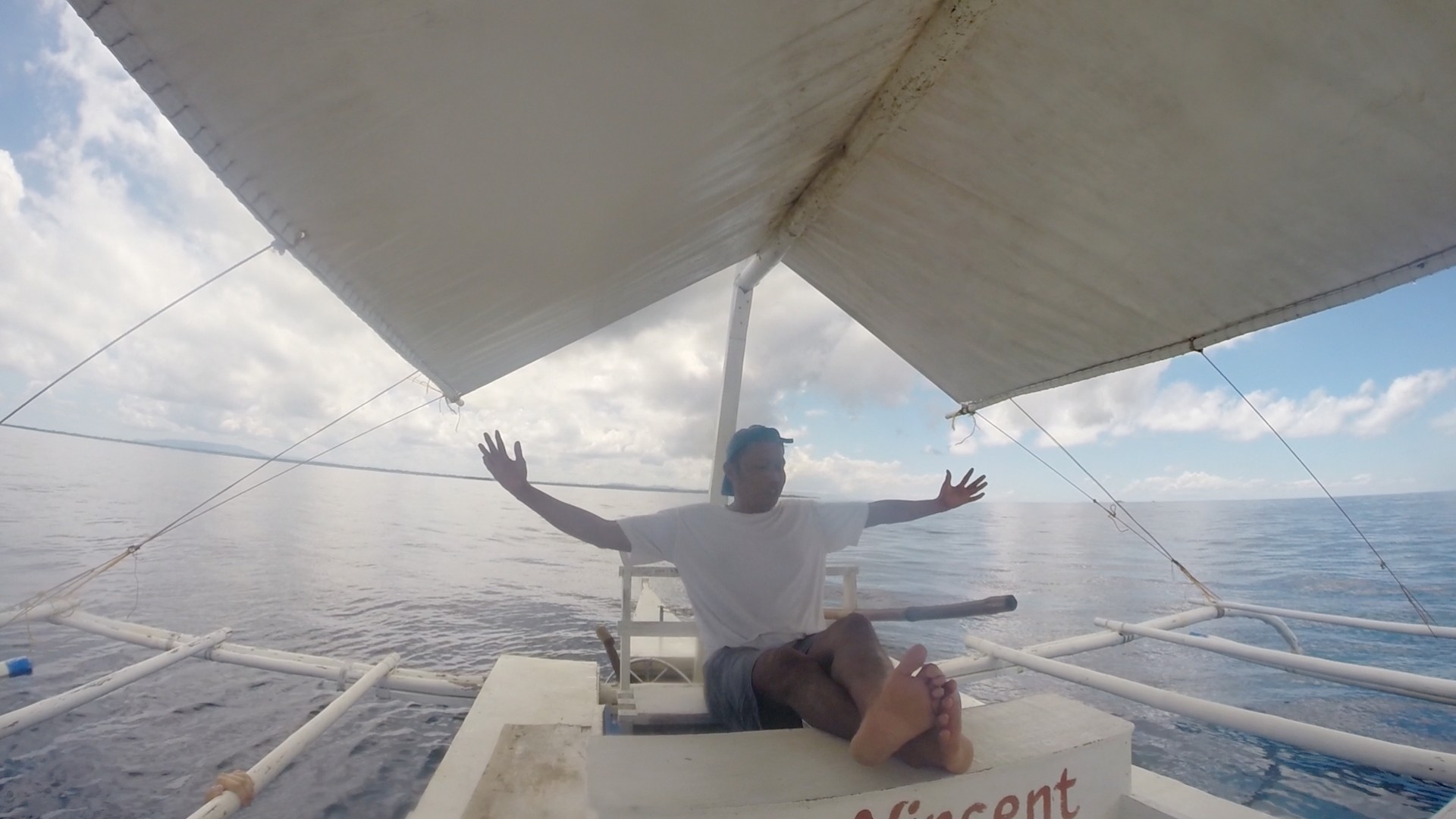 – Sharks? Take my legs and get me out from water!!! Why didn’t you tell me this earlier? – The man felt very uncomfortable watching the abyss below him.

– Well, you didn’t ask. They are very hungry here. Will devour you! Mamma good-bye! Get into the boat, I’ll take you to the island – you could see the Philippine was filled with a sense of nobility.

The man had a great imagination and he could already picture how a huge white shark was already circling around him, gradually reducing the circle… Something like this: 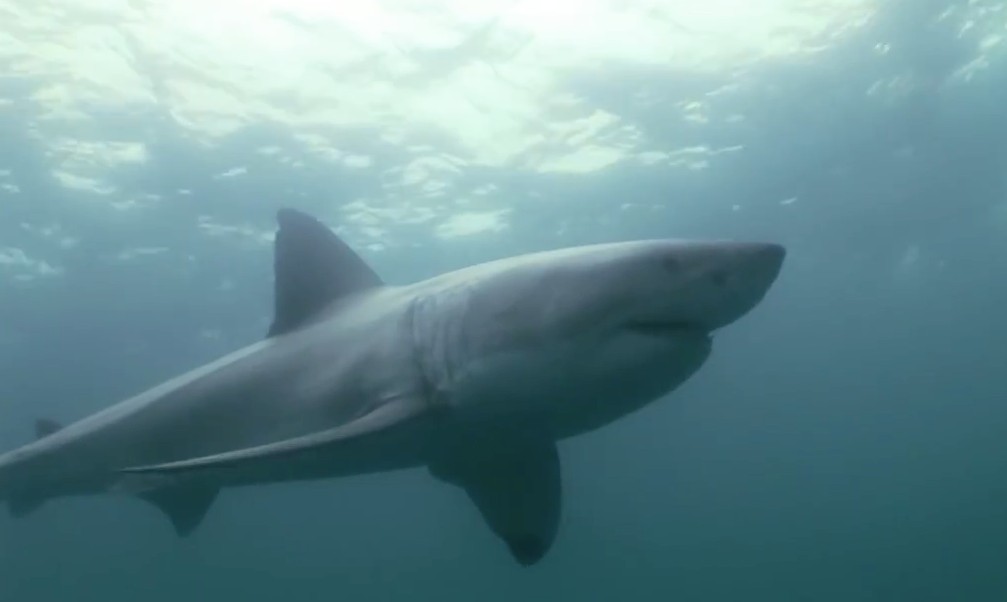 Overcoming his instinctive desire to jump into the boat, the man recollected all his will, courage and common sense. And after taking a few slow breaths, swam towards the island determined to kill the boatman on arrival.

The man started to swim faster than earlier, meanwhile worriedly inspecting the bottomless depth below him. Sometimes he even turned around to check his legs were there. But everything was quiet and the shark paranoia left him half an hour later. 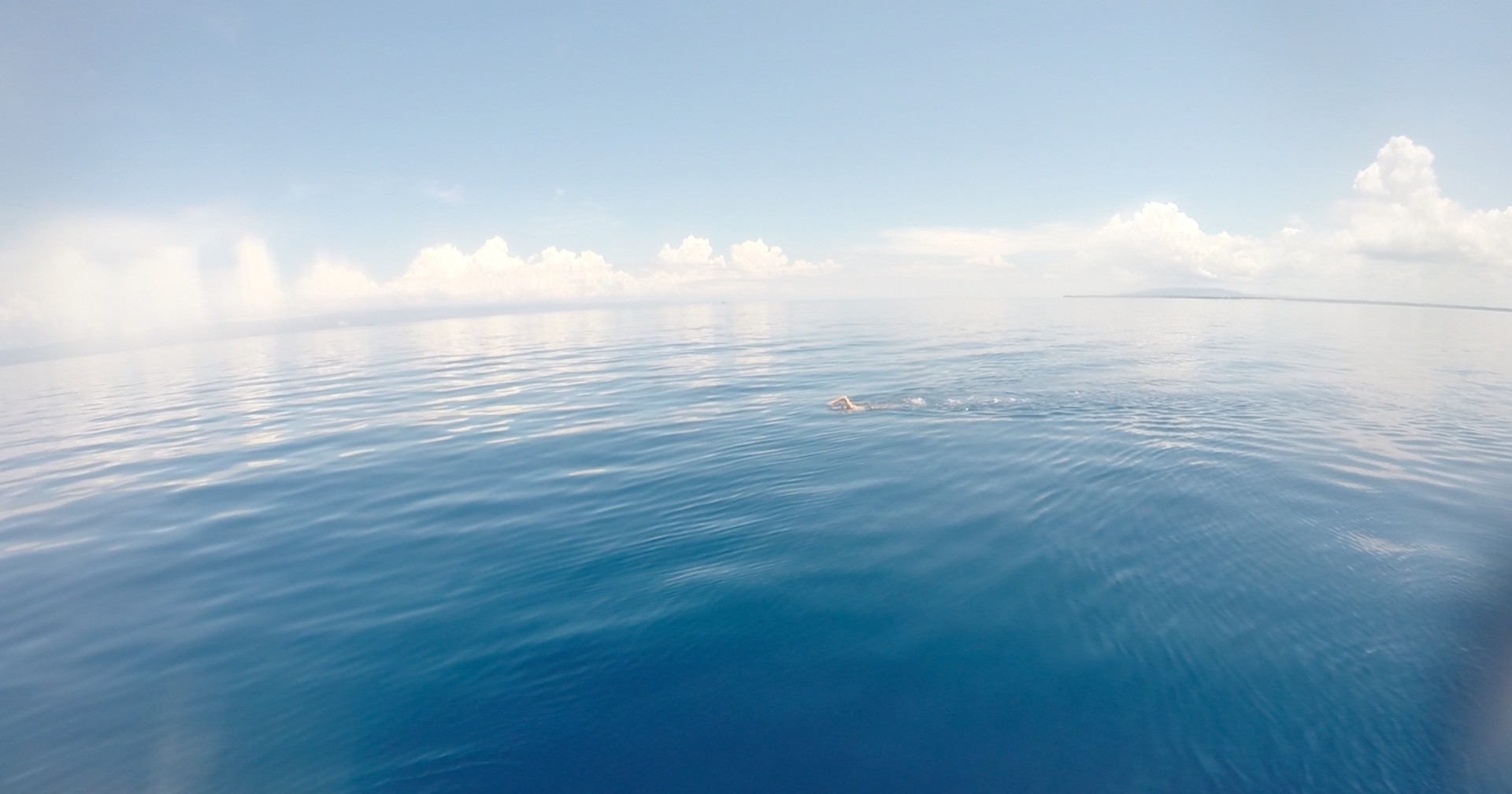 The ocean was marvelous – the rays of the sun fell in the blue depth, the surface was smooth like a mirror, while the approaching bright green island with a yellow sand beach was promising a fresh drink and some grilled fish… 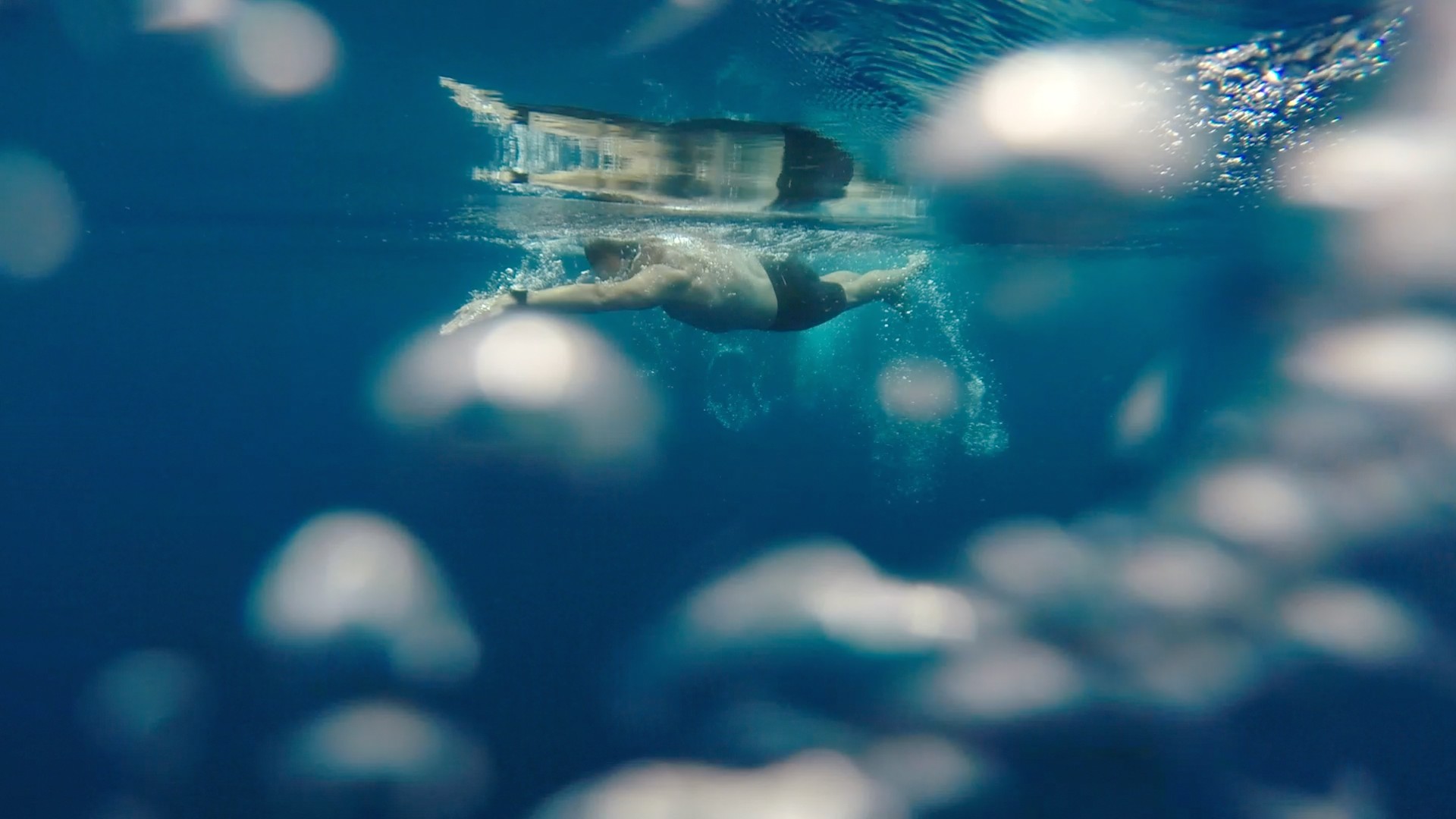 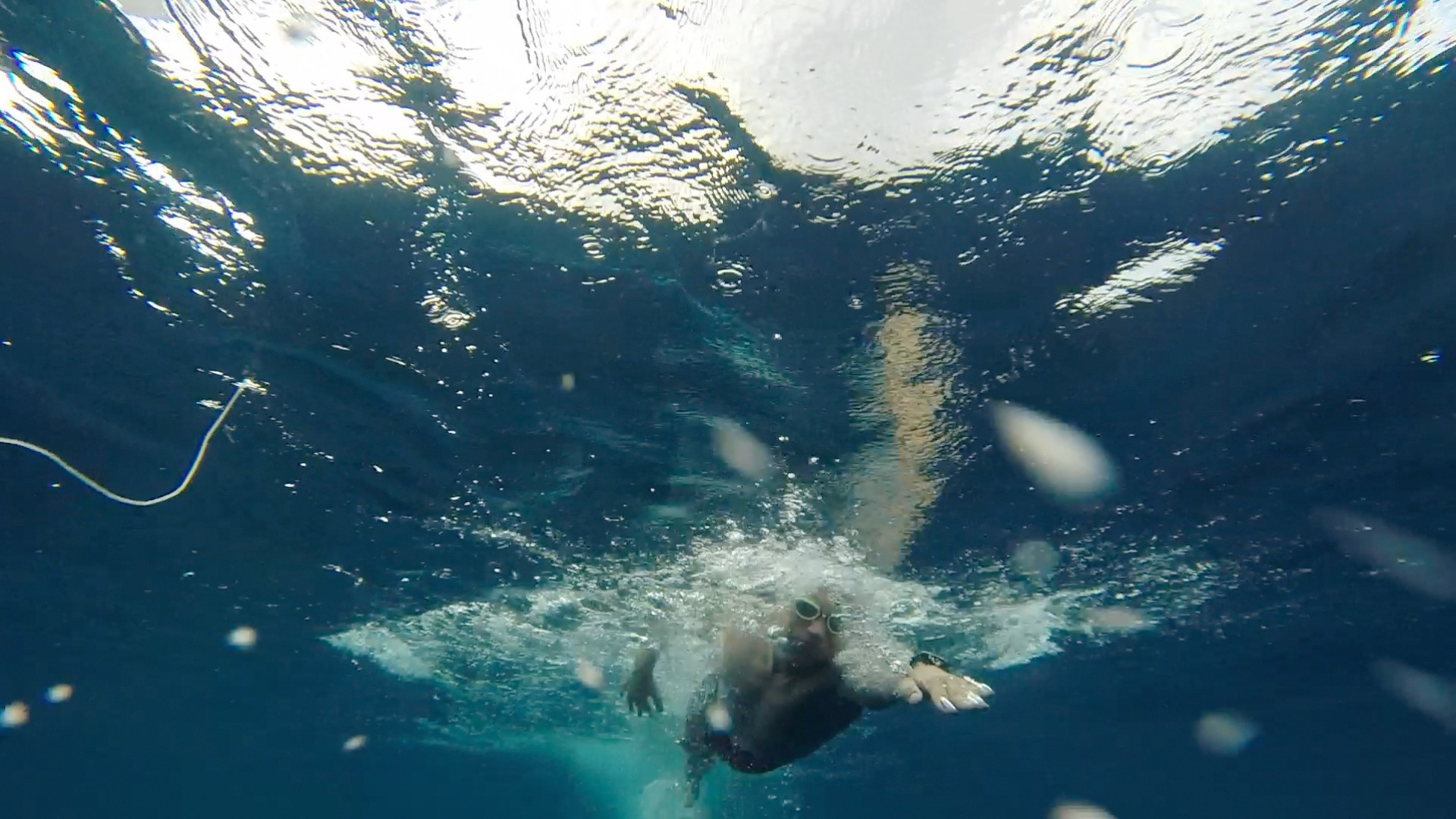 Apparently, the swimmer was not the only one hungry. The man was caught up by the boat and the Philippine, rubbing his stomach and making a sad face, told the man he decided to leave him to reach the beach alone, and go have his breakfast, because he had a long time since his last meal and did not expect this swim to take that long. Who knew a man could not swim at the speed of a boat? 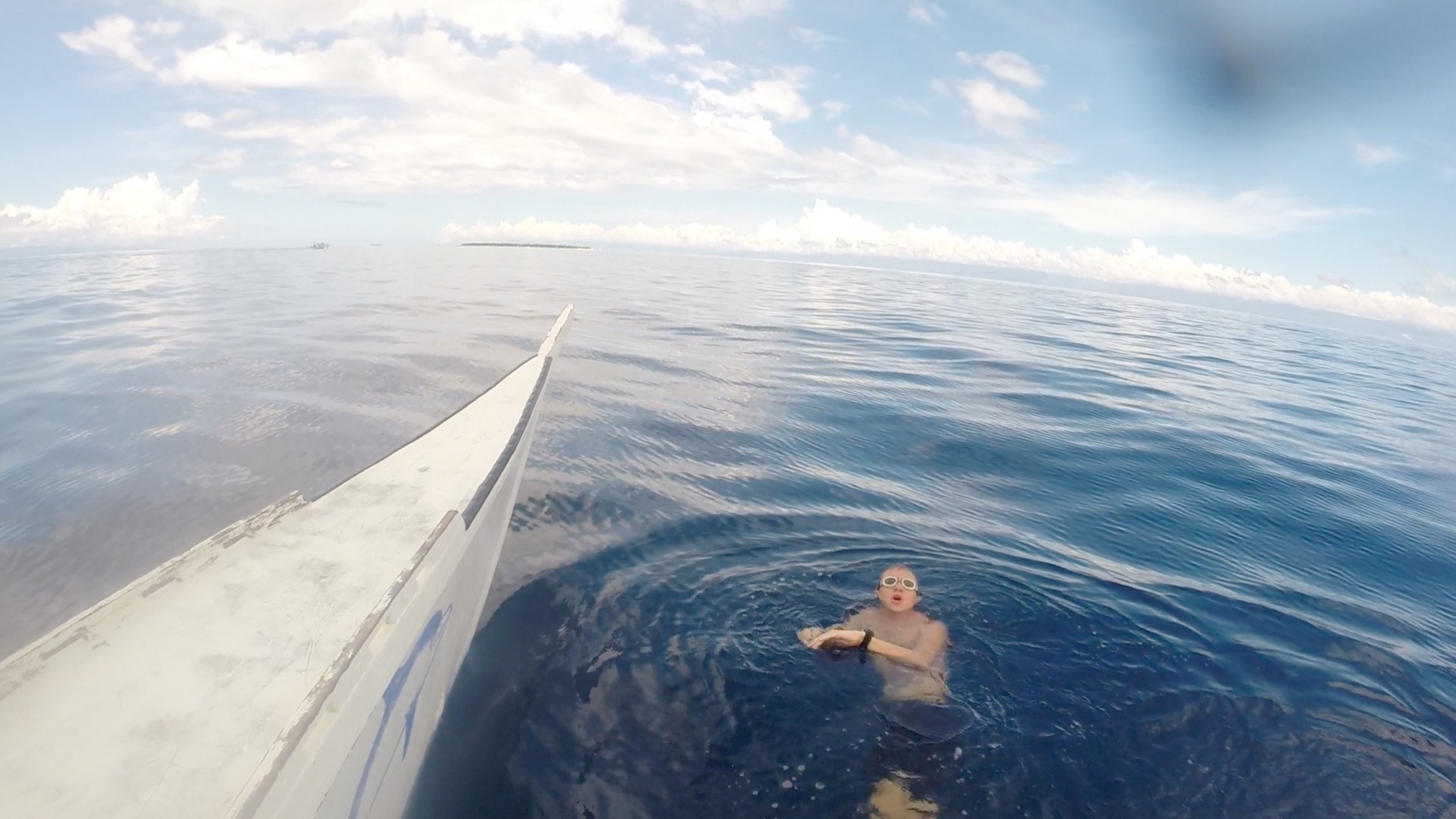 Dumbfounded, the man was staring at the Philippine. The song tune in his head turned into a full-fledged march that rattled hoarsely with the voice of Lebedinsky.

And here the man burst…

The following was an untranslatable tirade of Russian words, and the meaning of some of those words would not have been clear even to Dal’. But the boatman understood everything.

He learned many new Russian words, which indicated that if he went to lunch now, that would have been his last lunch. The boatman sighed and deeply offended headed to the helm… 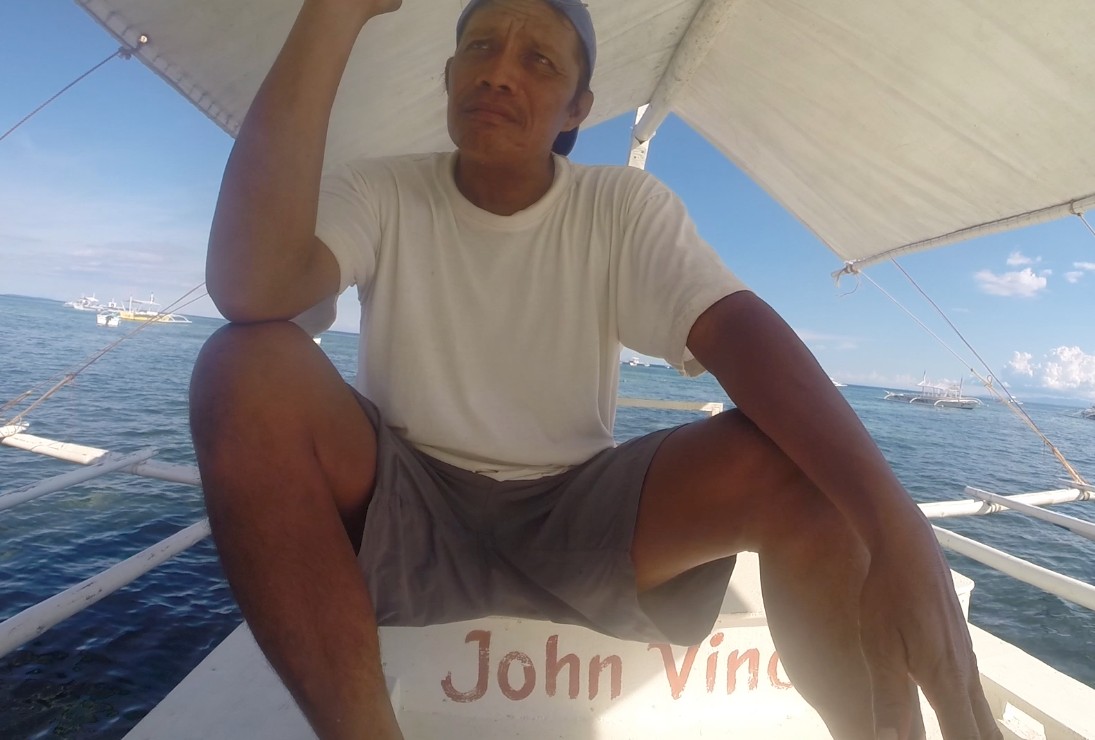 And again, the idyll continued. The man resigned in the face of the element, his “assistant”, and himself. He simply rowed, his thoughts flying way beyond the horizon… And there was the island. Some 400 meters to reach it, but what is this? The time is passing, but the island is not getting closer… The man started to row faster and this produced results – the island started to get closer, turning around at the same time.

The man understood that he was being carried away from the island by the current, and rowed even faster.

Laying his last efforts, the man thought why didn’t the boatman warn him about the current? There was no answer… 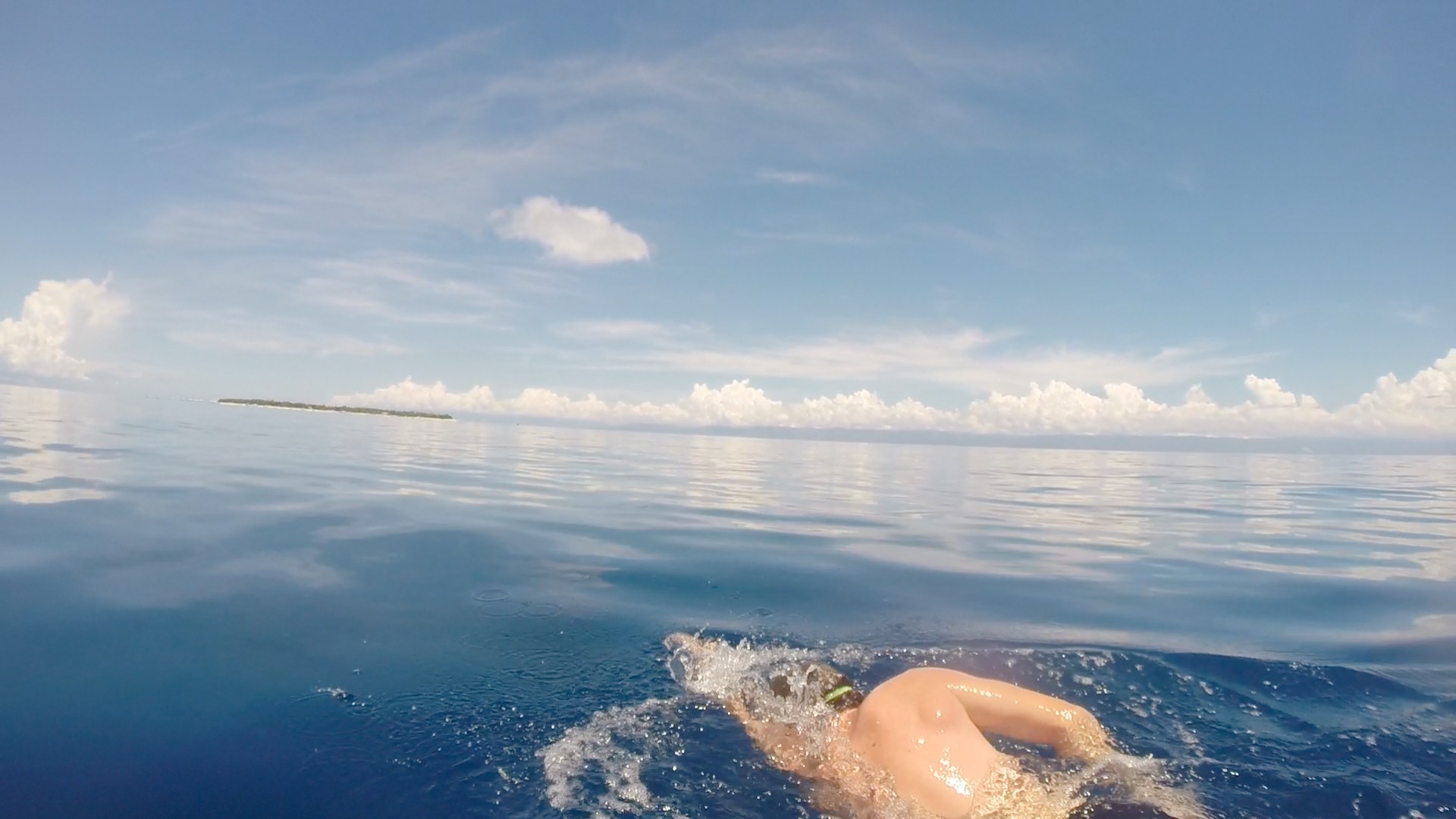 Half an hour of fighting against the current ended on the island of Balikasag beach, with a score of 1:0 in favor of the man! 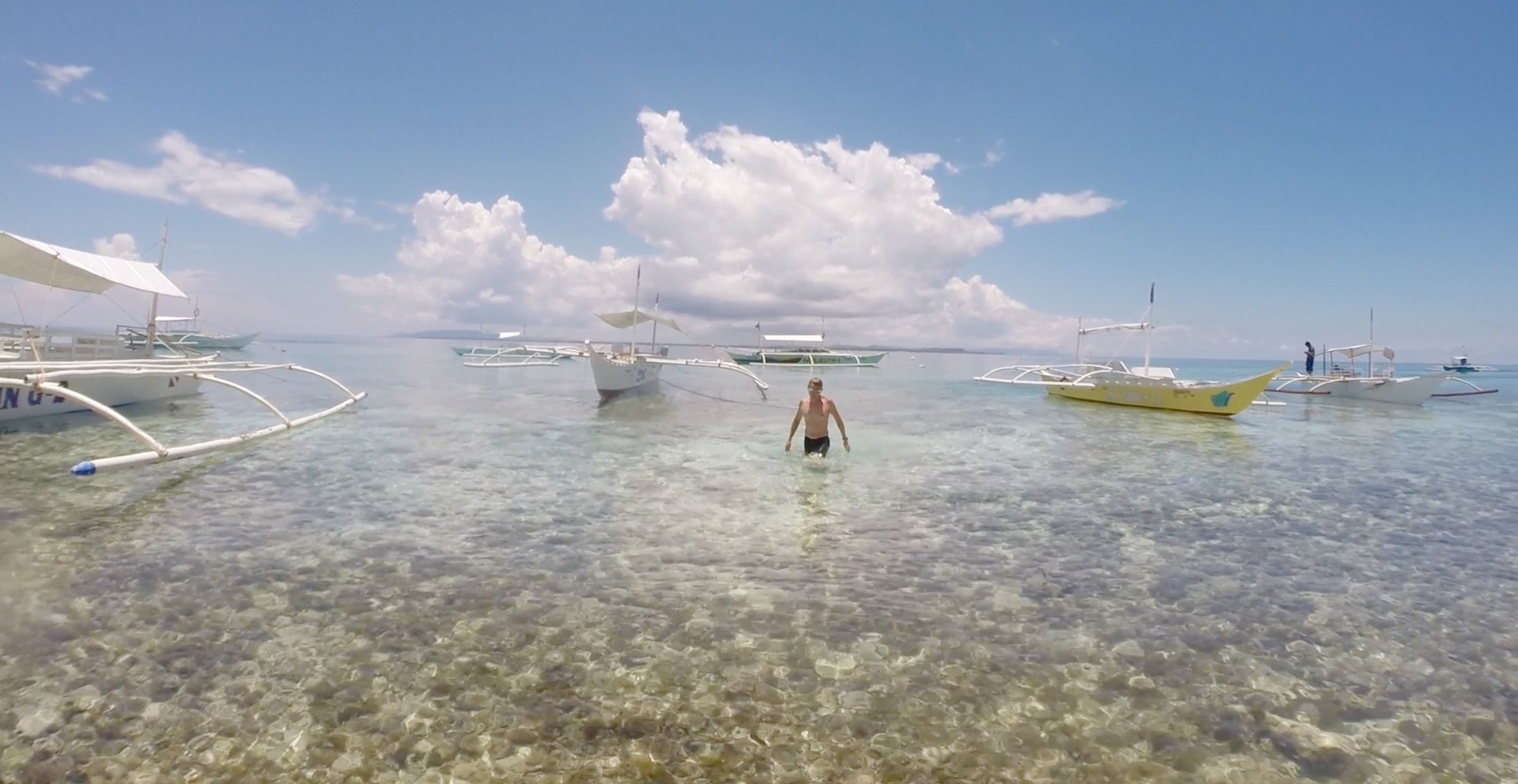 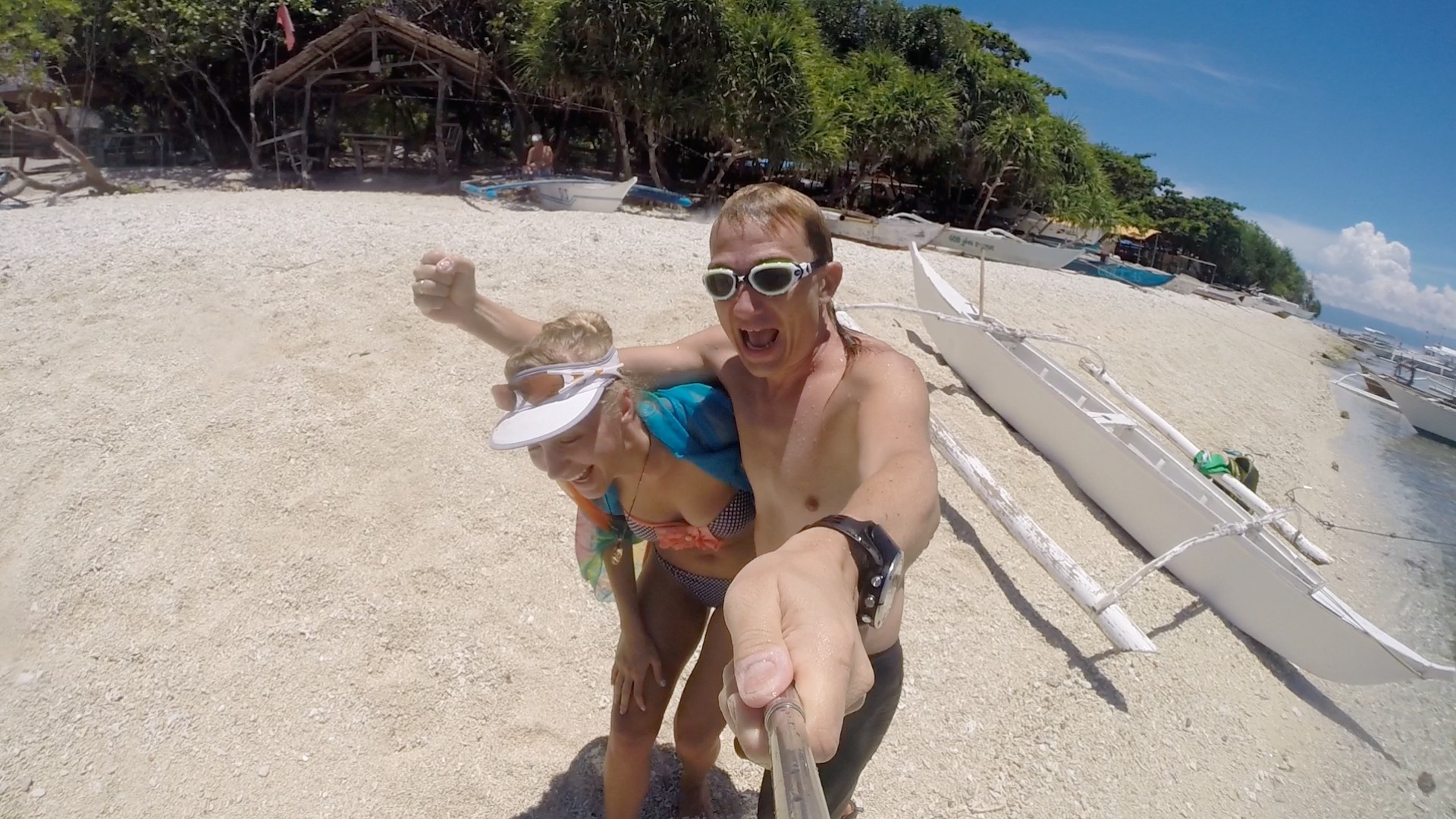 The man hugged his sister Natalia, who was filming the video, killed the boatman and went in search of grilled fish… 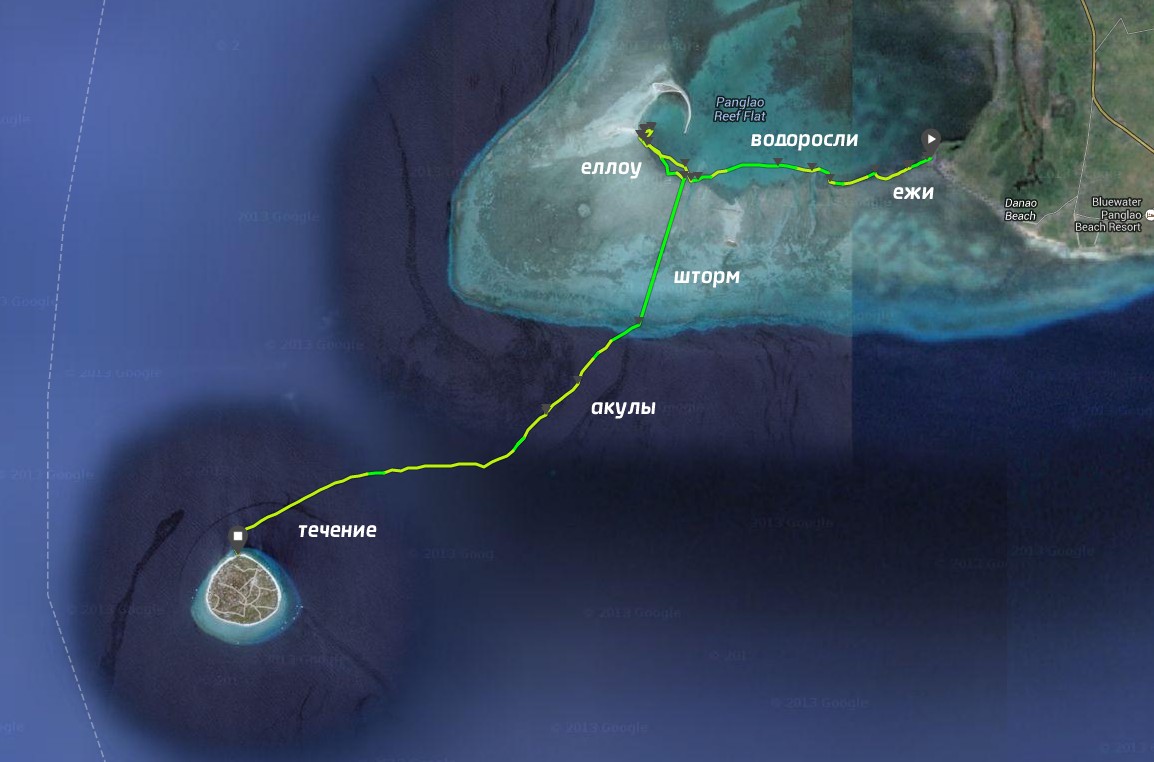 Can you run away from Death?

Ironman. How to become Iron Man?