How to change the shouts from the coach into a business idea, why to err is okay but repeating errors is not okay, who is stronger — Superman or old neural connections, and are there underwater radios?

Learning to swim is like studying a foreign language. You may discover all your life, but if you didn’t have the opportunity to study it as a child, you would never reach a high level of proficiency.

You can improve your swimming skills, though. I have been learning to swim for as long as I can remember: at school, swimming at sea with friends, next racing in the lakes, then rivers and oceans followed. But I did it with my head above water, no technique at all, not to mention speed and distance. 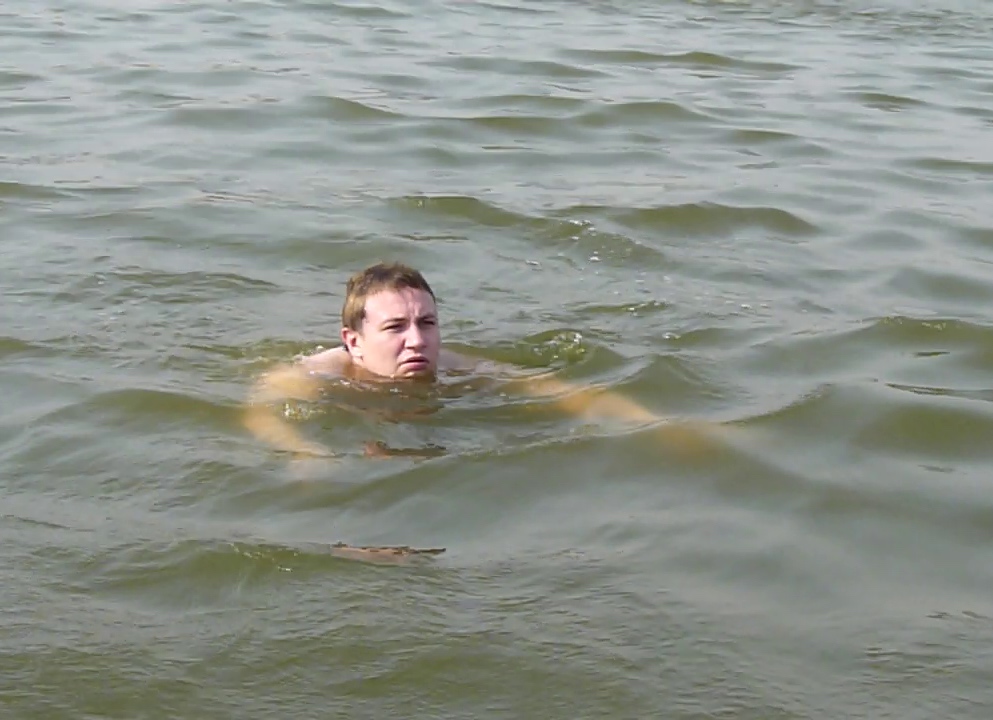 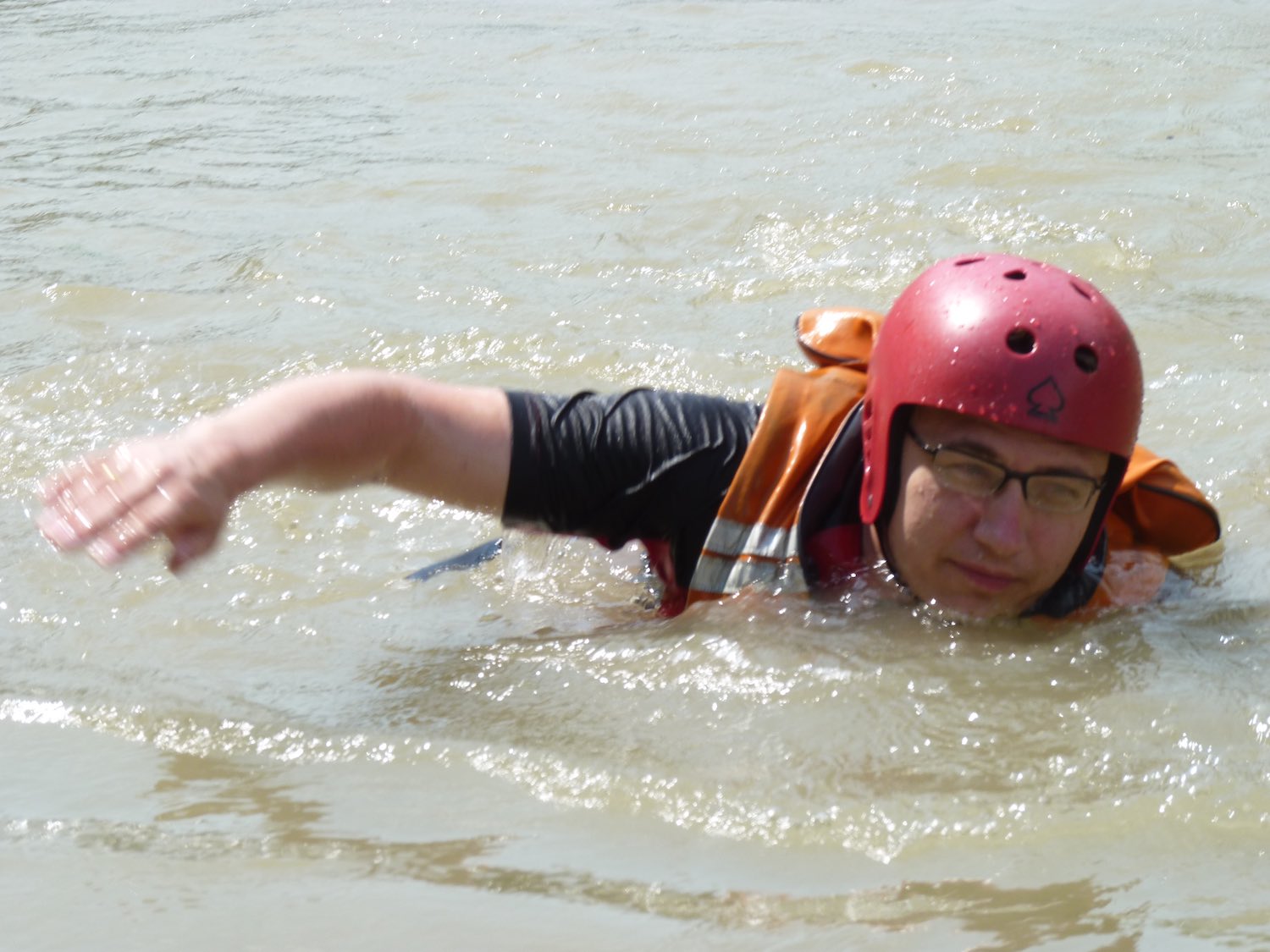 In 2012, I decided to become an Ironman, and I started to prepare. It was then that I decided to learn how to swim in earnest. I found a coach, and things were off and rolling Months went by, and if I were to rate my swimming technique, one day, it resembled that of a cat in the bathroom, another day — that of a drunk vacationer in Turkey. As for my arms and legs, they did not participate in any way in my water activity

Also, the coach (Victor, I’m sorry for mentioning him!) used to scream at the top of his lungs: “Elbow! Elbow high!!! Reach out!!! Don’t reinforce your mistakes, who taught you this way, damn it?!”

As I swam in the water, all I could hear was sentence-scraps: “mistakes… damn it…f#!k…!!!”

After the exercise, he often told me:

Dmitri, the main thing about swimming is not to reinforce your mistakes. When you swim incorrectly, the brain remembers it, muscle memory captures the incorrect movements, and then it will be complicated to correct them just like a bad habit. Old neural connections are healthy, but they must be broken, and new correct ones must be built instead. Therefore, whenever you swim, listen, and watch what I say in order to immediately correct mistakes.

I honestly tried to hear and see him, to learn, and to not reinforce my mistakes. 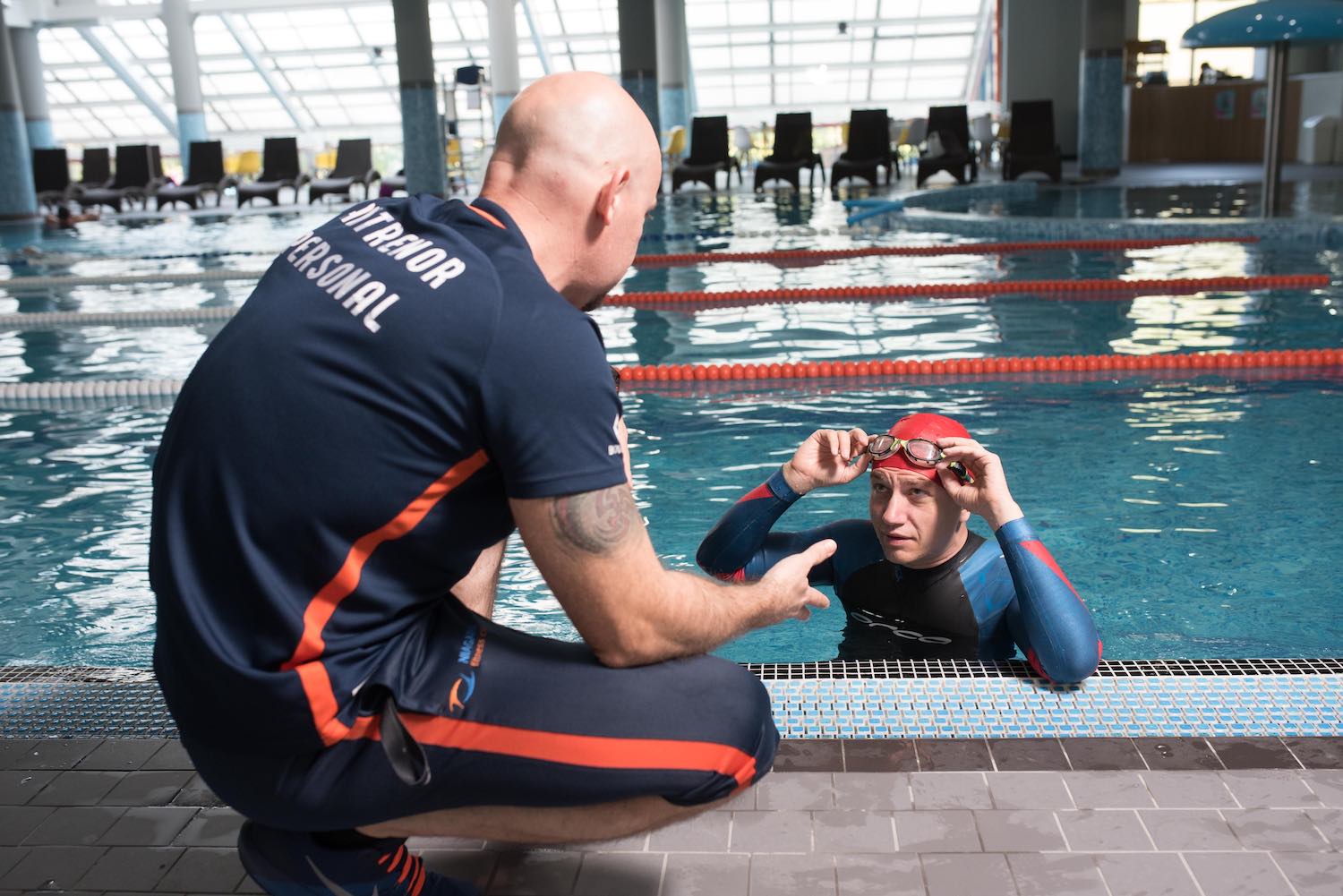 One day, after another speech while swimming, which I could only figure out bits and pieces, I realized what we were missing. Walkie-talkies! With the help of a walkie-talkie, the trainer would be able to instruct me while I was swimming. And I would be able to learn to swim faster than others because my every movement in the water would be correct. Yes! I even stopped in the middle of the pool. It’s that simple!

The next day, I brought in a Motorola walkie-talkie to the pool and handed it to Victor. “Speak to me on it,” I told him, and “I will listen.” Then I wrapped my one in a plastic bag and pulled out the wire of the earphone. I stuck it in my ear, put the radio under the rubber strap of my goggles and swam. Of course, I couldn’t hear anything. It turned out that the walkie-talkies do not work underwater, even depth of 5 cm is an insurmountable obstacle for them. And my head sometimes plunged 20 cm underwater, and even half a meter when changing direction at the pool’s edge. 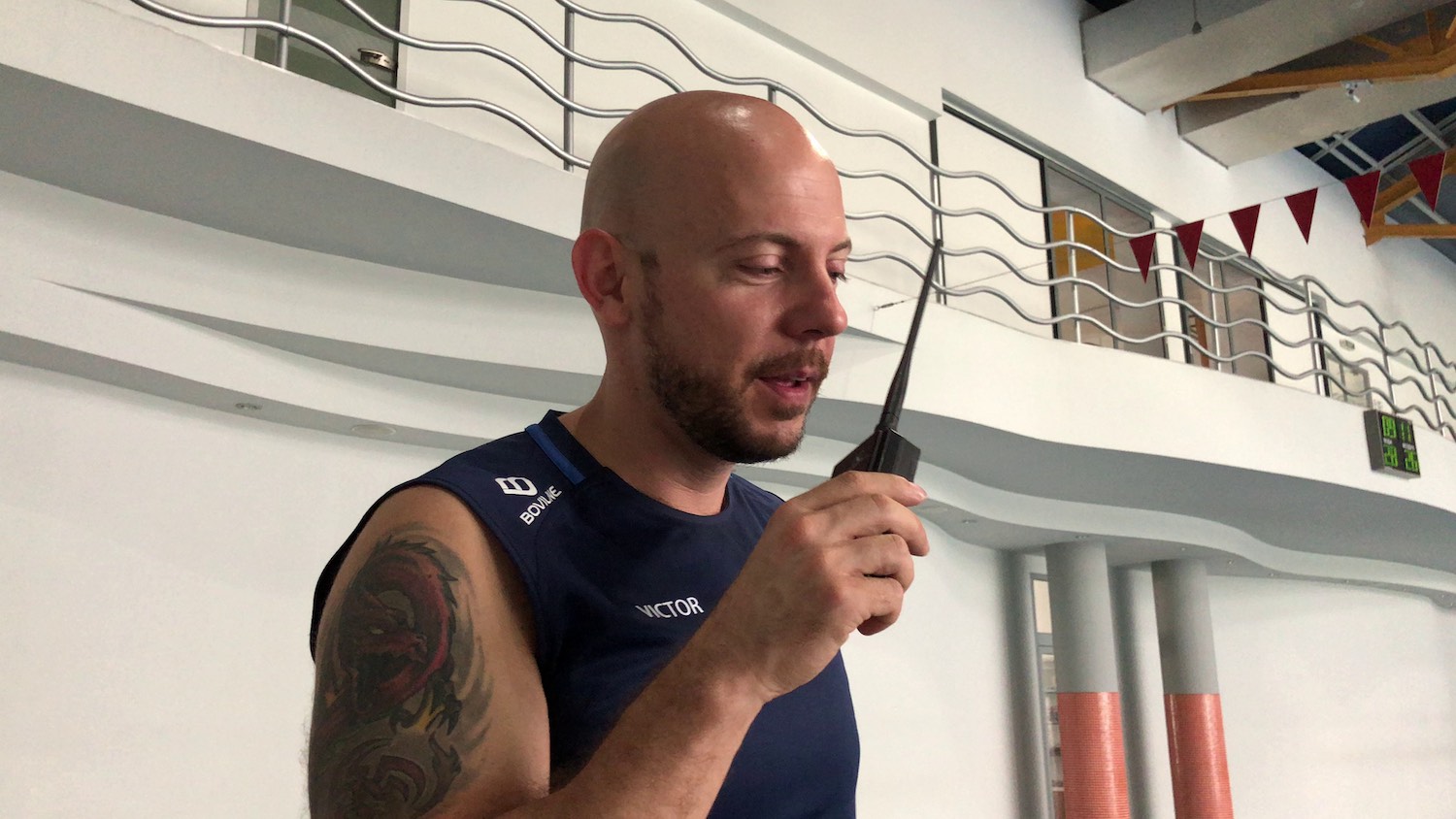 The coach was laughing at me. This is where our test was over. I couldn’t get the idea out of my head, but I returned to it from time to time. Underwater, a person always has time to think.

In fits and starts, I learned to swim in earnest. A year later, I swam my first 2 km in open water, in another year — 5 km, and four years later, I swam the Strait of Gibraltar — 17 km. 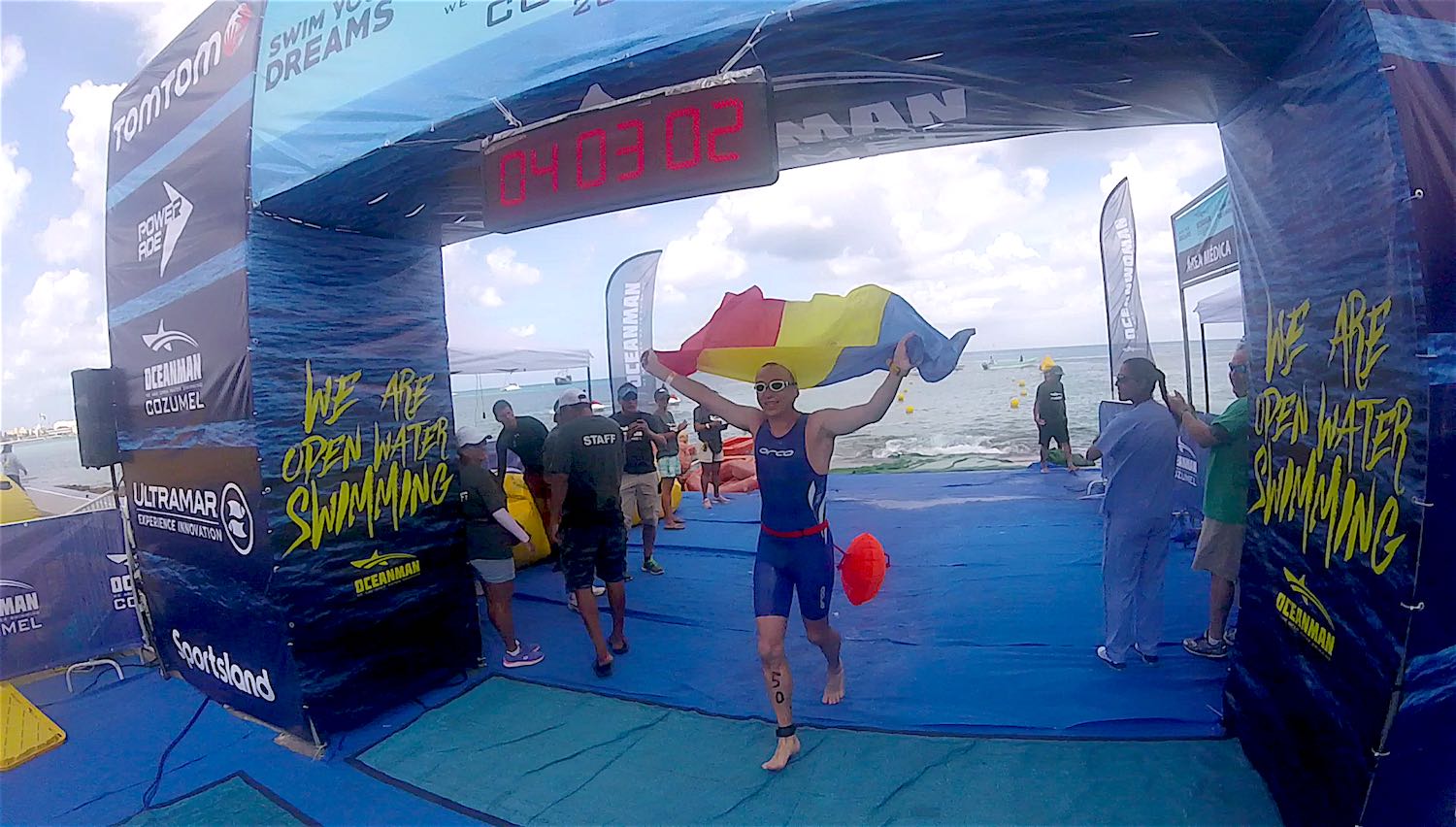 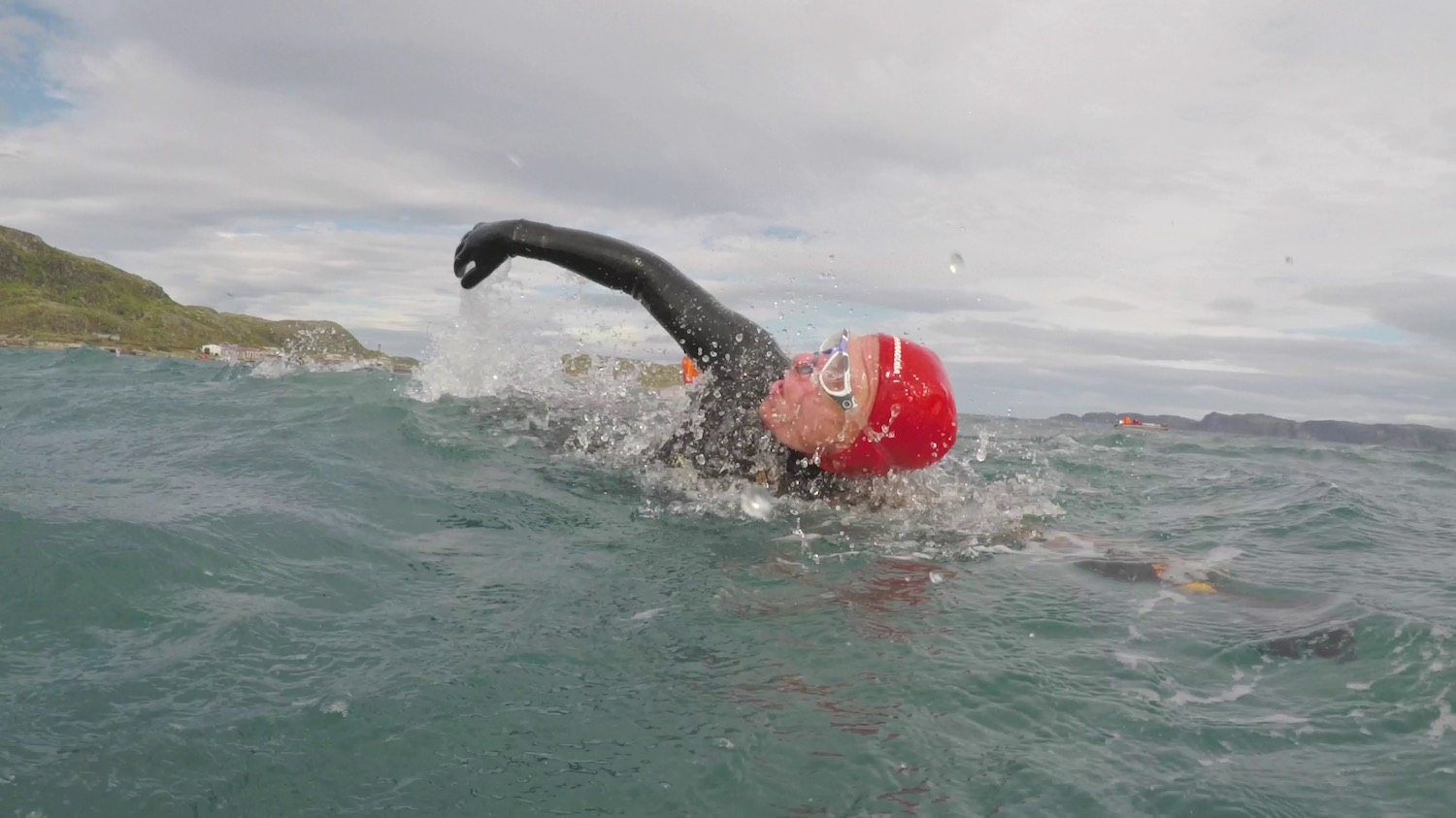 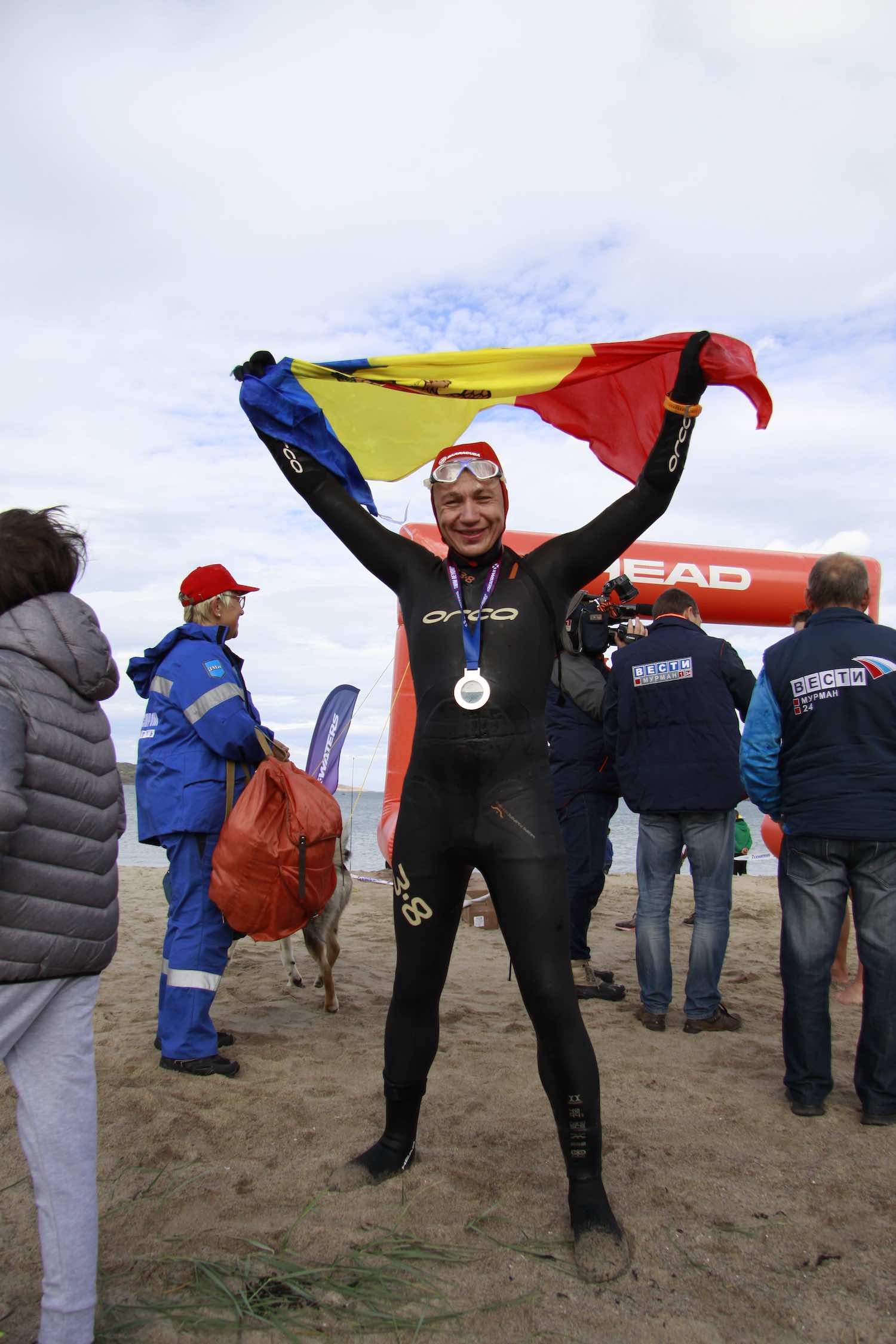 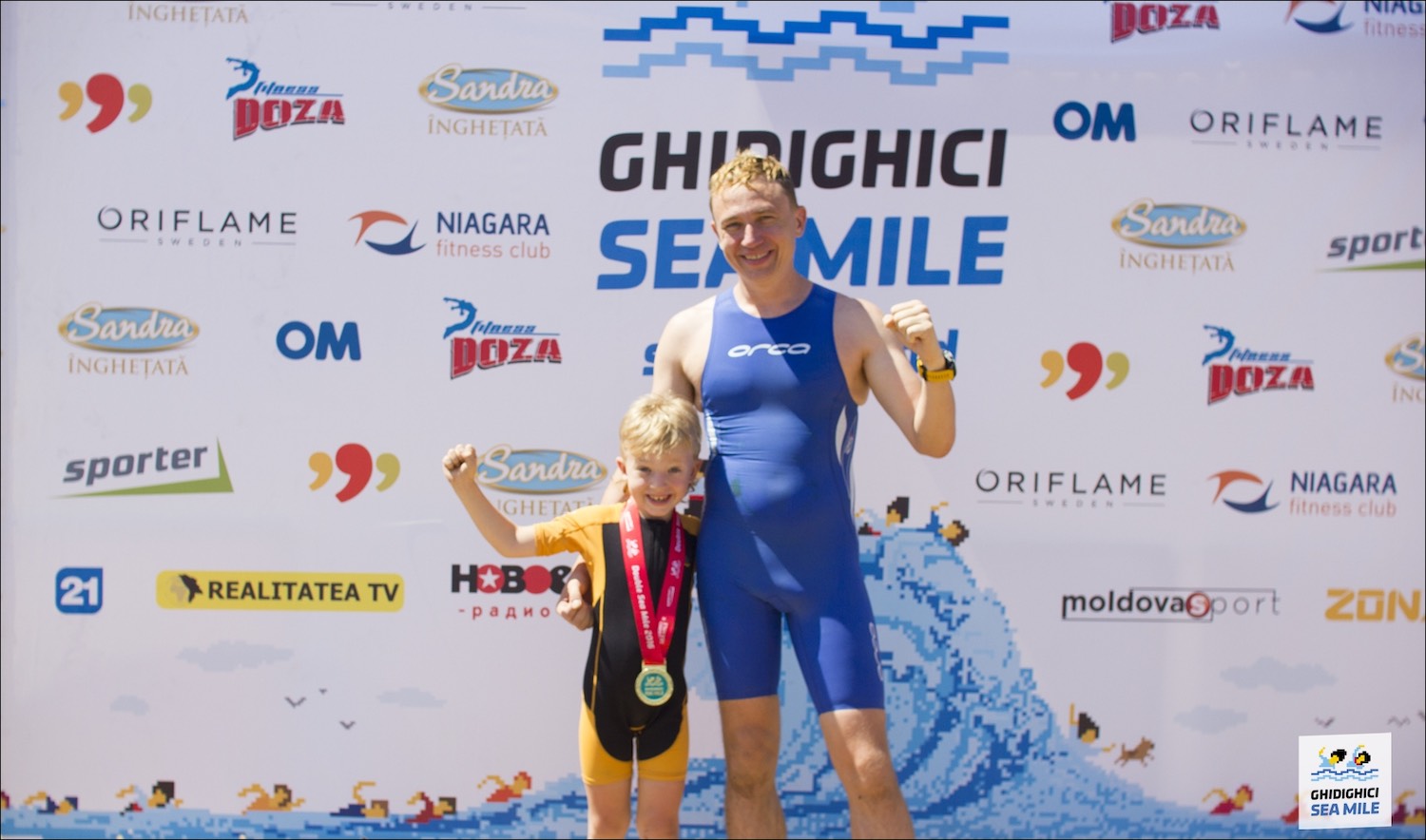 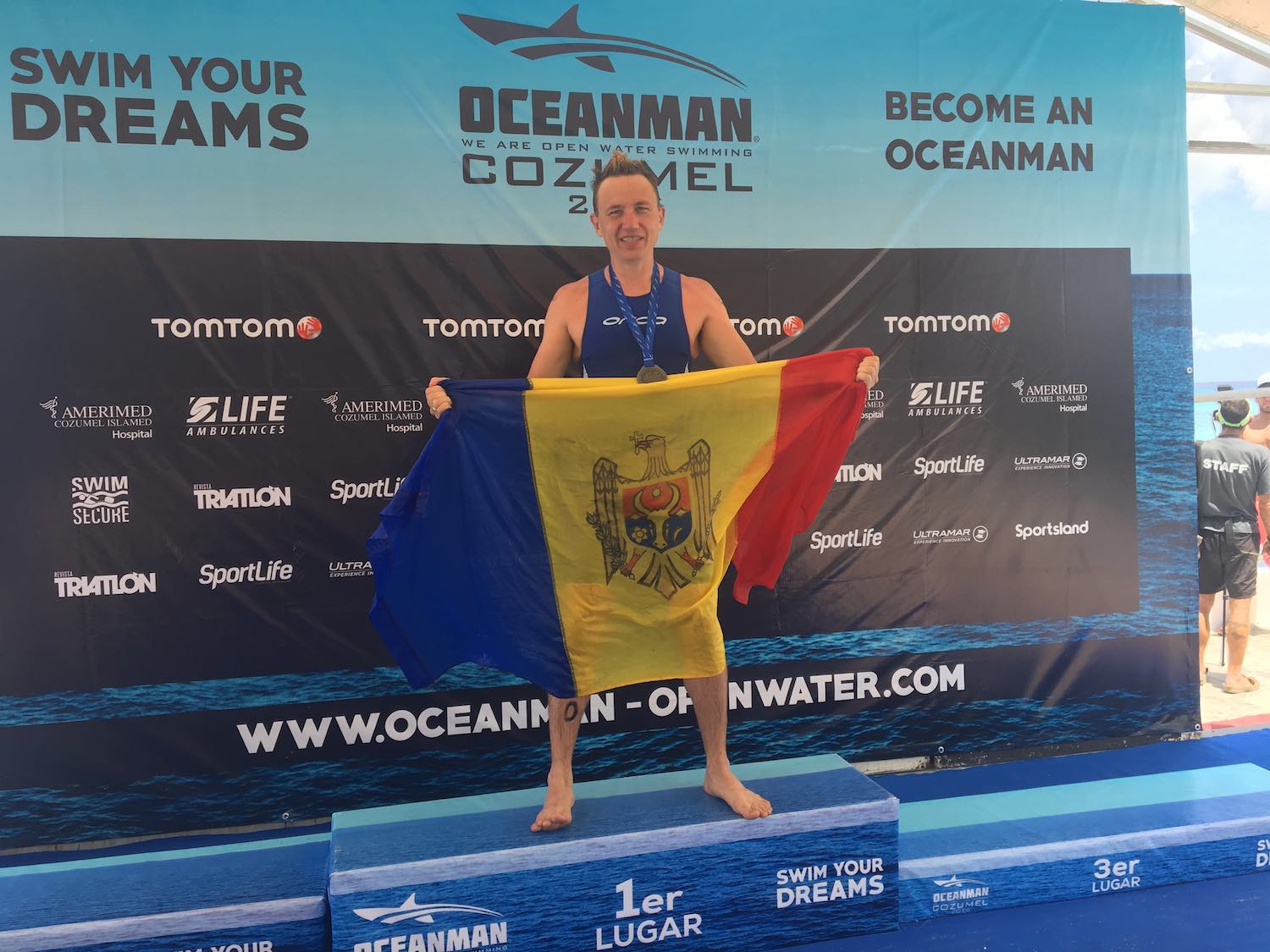 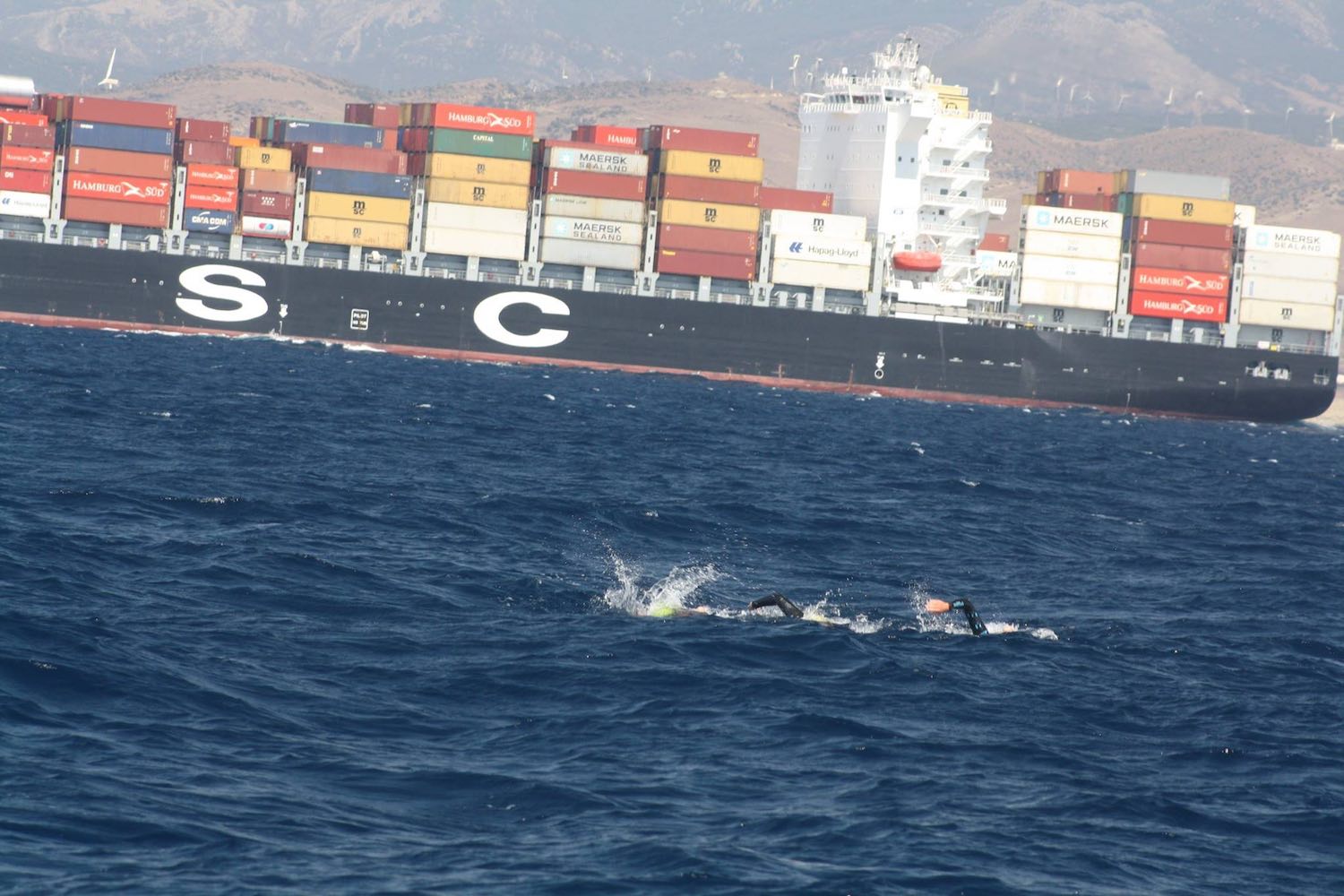 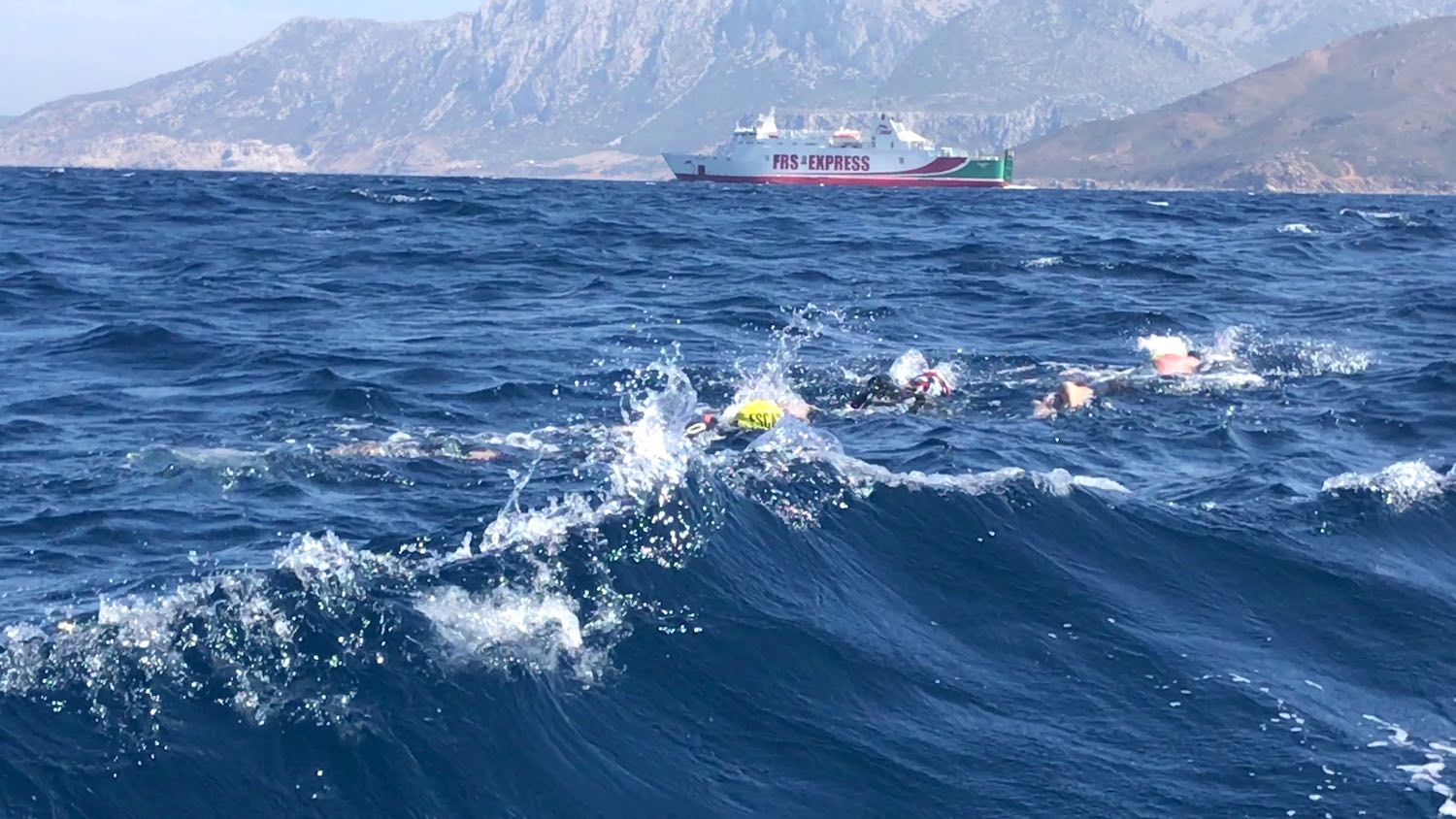 It took millions of broken incorrect neural connections, a few hundred kilometers swimming in open water, and years of practice for the idea to get shaped in my mind. I realized what the device should be like and what to do about it.

I went to our development lab, known as the ‘Garage,’ just as soon as they had finished developing the Lobster, and I told them we were going to work on a new and bigger project.

— Let’s create a walkie-talkie to help coaches to improve a swimmer’s technique during practice. The coach holds the transmitter, while a receiver is placed under the swimmer’s cap. The device will function underwater like sonar. It’s that simple.

The engineers tensed up and then exchanged glances.

— And what kind of receiver will it be, a big one?

— No, not at all. A tiny one, unnoticeable and round-shaped. No one has ever done this before,” I said. “Bone conduction will allow it to work anywhere on the skull.

Sergei, the project manager at Garage, was dejected.

— A tiny underwater walkie-talkie… Nothing like it in the world? — he asked. — Are you a fool?

— I believe in you, guys!” I responded. “But first, let’s do some tests to see if it’s possible at all.

The guys set their hearts upon the challenge and plunged into work. About three days later they joyfully reported:

— We found out that not all radio signal types can pass through water. Let’s say, all sorts of high-frequency Bluetooth and GSM won’t even pass one centimeter deep. Forget the phone with its GHz. Only long, low-frequency radio waves can reach deep underwater. And the longer the radio wave, the easier it passes through the water depth. 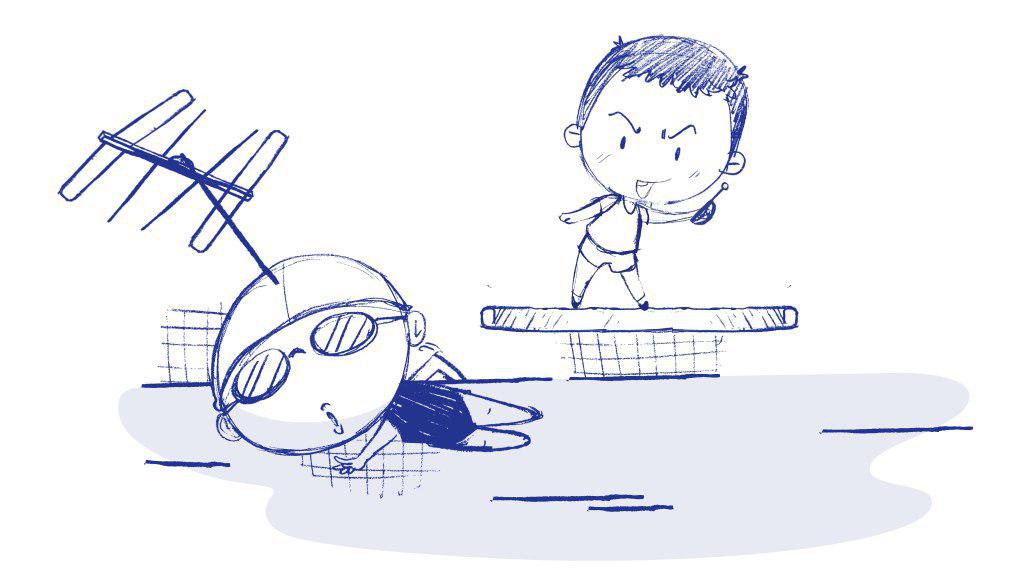 — Great, let’s do it! What’s wrong? Let’s make the prototype!

— There is a small problem,” the guys exchanged glances. “Do you understand what it means using a frequency with a wavelength of about 2 meters?

I needed no further explanation. When I was 17, I assembled my first computer — ZX Spectrum. And at the age of 14, I was inspired by the monthly youth magazine on science and technology, Young Technician, and I used to assemble radios, electronic bells, and other amateur electronic devices. As far as I could remember, the most common type of antenna is the quarter-wave whip, which is approximately one-quarter of a wavelength long. Well, I realized what they were driving at, and so I finished their reply:

— In short, a half-meter antenna will stick out from under the swimming cap…

I imagined a coach holding a remote control and yelling at a swimming TV set with a huge antenna sticking out of the water.

For me, the word “impossible” is like a red flag in front of a bull — I will poke at it until the horns fall off. I’ve often come across the fact that people underestimate themselves. They don’t believe in themselves, but rather, they believe in what others consider impossible.

This doesn’t work with me, however. I usually ask for things that seem unrealistic, and somehow, unexpectedly people find the solution.

— Did I manage to do this? Really?

I believe that almost everything is possible, and only self-confidence and determination limits our abilities.

— We will later figure out if it’s possible or impossible. Let’s first assemble the first prototype with the smallest antenna size possible.

And the work was jumping.

Vipassana: A date with yourself

Marathon on top of the world